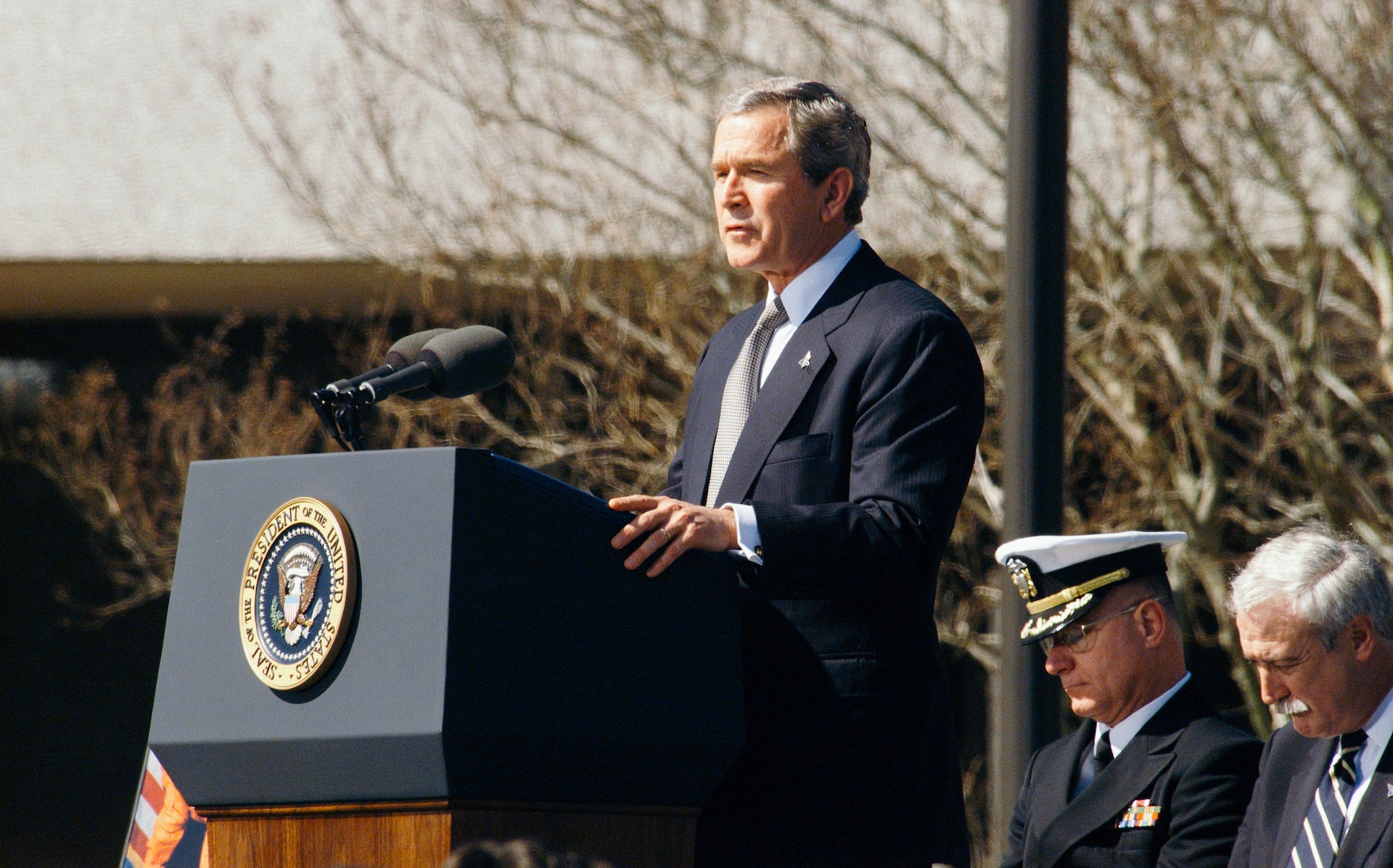 The Bush administration should act decisively to break America’s dependence on oil, said a group of leading US business executives and senior military officers in a report presented on Wednesday to the White House and Congress.

The bipartisan group, which includes the chief executives of FedEx, UPS, Dow Chemicals and some of America’s best known retired generals, urged Washington to recognize that “pure market economics will never solve the problem” of US oil dependency.

The report poured cold water on the Bush administration’s goal of reducing America’s dependence on foreign oil, rather than on oil in general. It urged Mr Bush and the new Democrat-controlled Congress to set up a plan to halve the American economy’s oil-intensity by 2030.

George W. Bush has repeatedly identified “energy independence” and immigration reform as two of the issues most likely to attract bipartisan support following the Republican loss of control of Capitol Hill in mid-term elections last month.

“Events affecting supply or demand anywhere will affect consumers everywhere,” said the report, brought out by the Energy Security Leadership Council, a think tank. “Exposure to price shocks is a function of how much oil a nation consumes and is not significantly affected by the ratio of “domestic oil” to so-called “foreign oil”.

The report also warned Mr Bush, who is expected to announce new energy independence measures in his annual State of the Union address to Congress next month, that America’s oil dependence makes it acutely vulnerable to terrorist attacks.

America’s transport system is 97 per cent dependent on oil. More than 90 per cent of world oil supply is controlled by foreign governments. “America must address this critical weakness.” Said P.X. Kelley, a retired Marine Corps general. “An oil supply interruption cannot be reasonably dismissed as improbable.”

However, there is deep-seated scepticism about the willingness of the Bush administration, which has yet to endorse the theory of global warming, to take the tough steps most energy experts say are necessary to reduce America’s dependence on oil.

Last January Mr. Bush declared that America was “addicted to oil”. But Mr. Bush’s announcement was not followed by any significant change in energy strategy. “There is very little reason to believe that the White House will take the tough measures necessary to make this happen,” said a Washington-based energy lobbyist. “There is no appetite, say, to impose a carbon tax or for putting a floor under the price of oil that would incentivize investors to put their money into alternative energy.”

However, the US administration wants to step up co-operation with China on energy efficiency and the use of alternative fuels. Energy and the environment will be among the topics addressed in Friday’s final session of the US-China strategic economic dialogue involving top officials meeting in Beijing.

The dialogue is the brainchild of Hank Paulson, US Treasury Secretary, who has a strong track record as an environmentalist and is treated with suspicion by some US conservatives as a result. Lack of binding targets for China and other big emerging market countries such as India to limit their greenhouse gas emissions was one of America’s principal reasons for refusing to ratify the Kyoto accord.