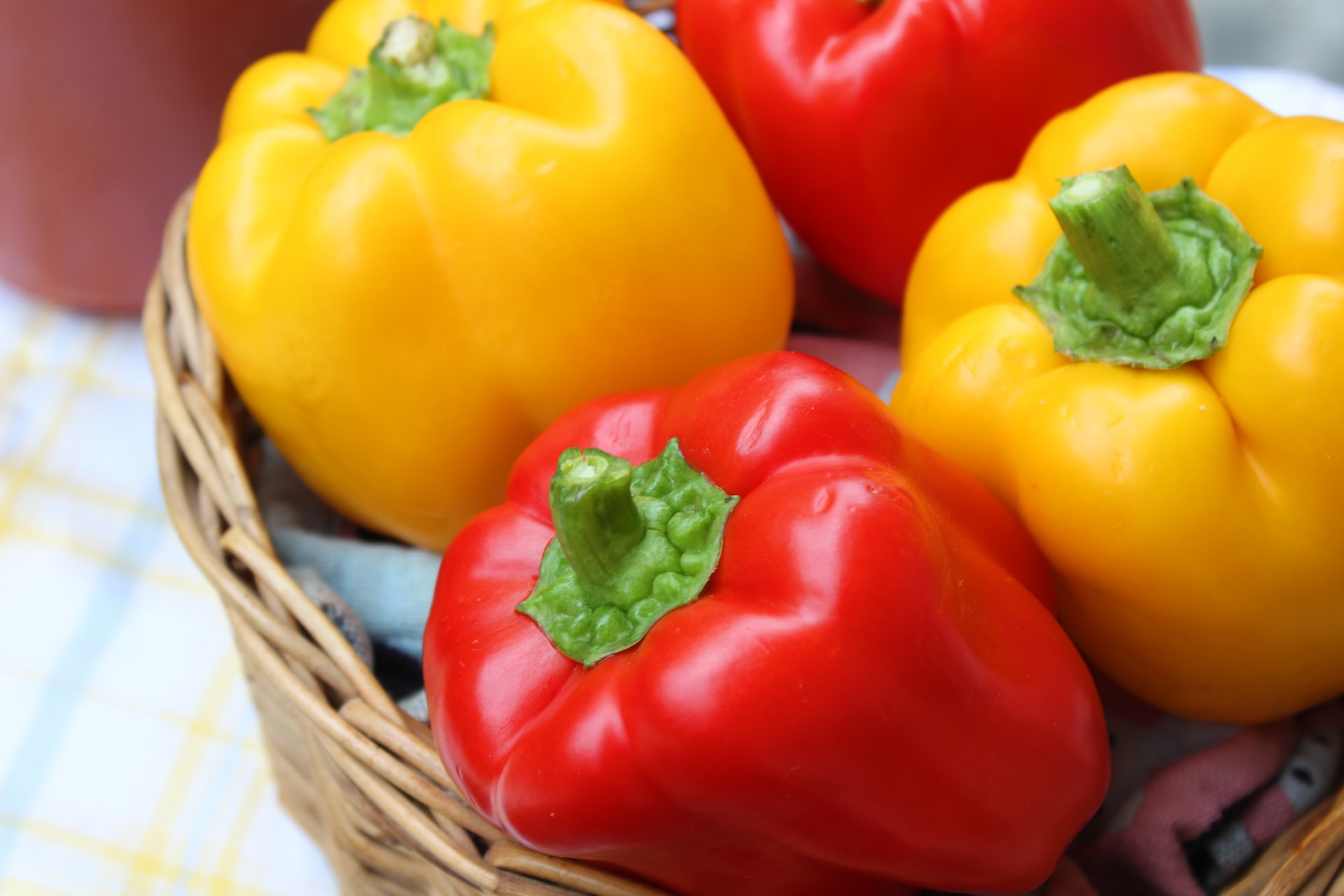 Some fans of bell peppers may question genetic manipulation, but according to Ron Goldy of Michigan State University Extension, some peppers have benefitted from a genetic intolerance incorporated into some commercial pepper varieties.

Phytophthora is a fungal disease that can destroy crops of peppers when it attacks the roots, shoots and fruit. Not only is the disease spread as the spores are transported via farming equipment and water run-off, phytophthora is long-lived in the soil itself.

This means that not only is a current crop infected and ultimately destroyed by the disease, planting subsequent crops in the same areas puts them at risk for infection. So, while the ongoing discussions about genetic manipulations of our foods will continue, there are benefits to be considered as well as the often-voiced negatives.

There is little tastier than a yummy bell pepper, however you slice it—or prepare it! They are delicious raw on salads, chopped into soups and sauces, grilled in kabobs, sautéed in fajitas, and make great scoops for dips like hummus and everyone’s favorite, ranch dressing. But, which variety should you choose for your favorite dish?

There are four main bell peppers from which most shoppers choose:

Many shoppers will pay extra to get a red bell pepper as opposed to a green one. And, if you are doing so for the burst of color, go for it. But, actually, these two peppers are the same; the red bell peppers have just matured longer than the green, and have changed colors while increasing the peppers’ overall Vitamin C content.

Some may argue that the red bell peppers have a more mellow flavor than their green counterparts, but others, like myself, cannot tell a real difference. So, if taste is your only objective, consider going for the always-less-expensive green bell peppers.

Choose And Prep Your Bell Peppers

When choosing a bell pepper, look at the skin. Is it shiny and firm, as it should be? Or is it wrinkled and dull, or does it have scaly areas or brown patches? Pass those on by. And, when you pick up your peppers, do you notice the weight? A fresh pepper should not only be firm, it should seem heavy for its size.

When you get them home, store them in your fridge; they should be okay for about a week, but the sooner you use them, the better they will be.

When you are ready to prepare your peppers, wash them well and dry the outside skin. Depending on how I am going to use the pepper, I cut them differently. If I am cutting into strips, I will cut the whole pepper in half, right through the stem.

Then, I can easily pull the seeds and stem out of each half, trim the white “ribs,” and start slicing. You can also “core” the pepper by initially cutting around the stem and pulling it free, leaving the whole pepper intact. This is the way to go if, for instance, you want to slice your pepper into rings, or you need whole peppers to stuff.

Go Green Or Step It Up?

So, which bell peppers are best for which dishes? Honestly, I’ve never used a variety of bell pepper in a dish that was “bad.” But, as mentioned earlier, yellow and orange peppers are a tad sweeter, and some people do agree that the red pepper is more mellow than the green.

So, using these colorful peppers in raw form—in salads, for dipping, or just as part of a vegetable platter for snacking—may be preferable for some. And, cooking brings out the sweetness of bell peppers, so using the green is a great option when stir frying, sautéing, and roasting.

Ever roasted a pepper? Typically we see roasted red peppers in little jars on store shelves, but green peppers are especially great for this! Here is an easy way to do it, especially if you do not have a stove with gas burners (many people will put their peppers directly to the flames until their peppers blacken and bubble): Preheat your oven to 500 degrees F, and line a baking pan with foil.

Slice the pepper into quarters, removing the seeds and stem, and set the peppers, skin side up, on the baking pan, roasting until the skin turns black. After you take them out of the oven, cover with a clean towel or place in a container and close the lid; the pepper will soften as it cools, and you will be able to easily peel off the skin and enjoy them in your favorite recipes—roasted peppers are absolutely divine on pizza!

So, try them all and see which you like; you cannot go wrong. Personally, I go for green, no matter what I am making, unless I can get a great deal on the other colors, but there is no wrong choice when it comes to cooking with bell peppers.

Armenian Budget Increases 40% In One Year