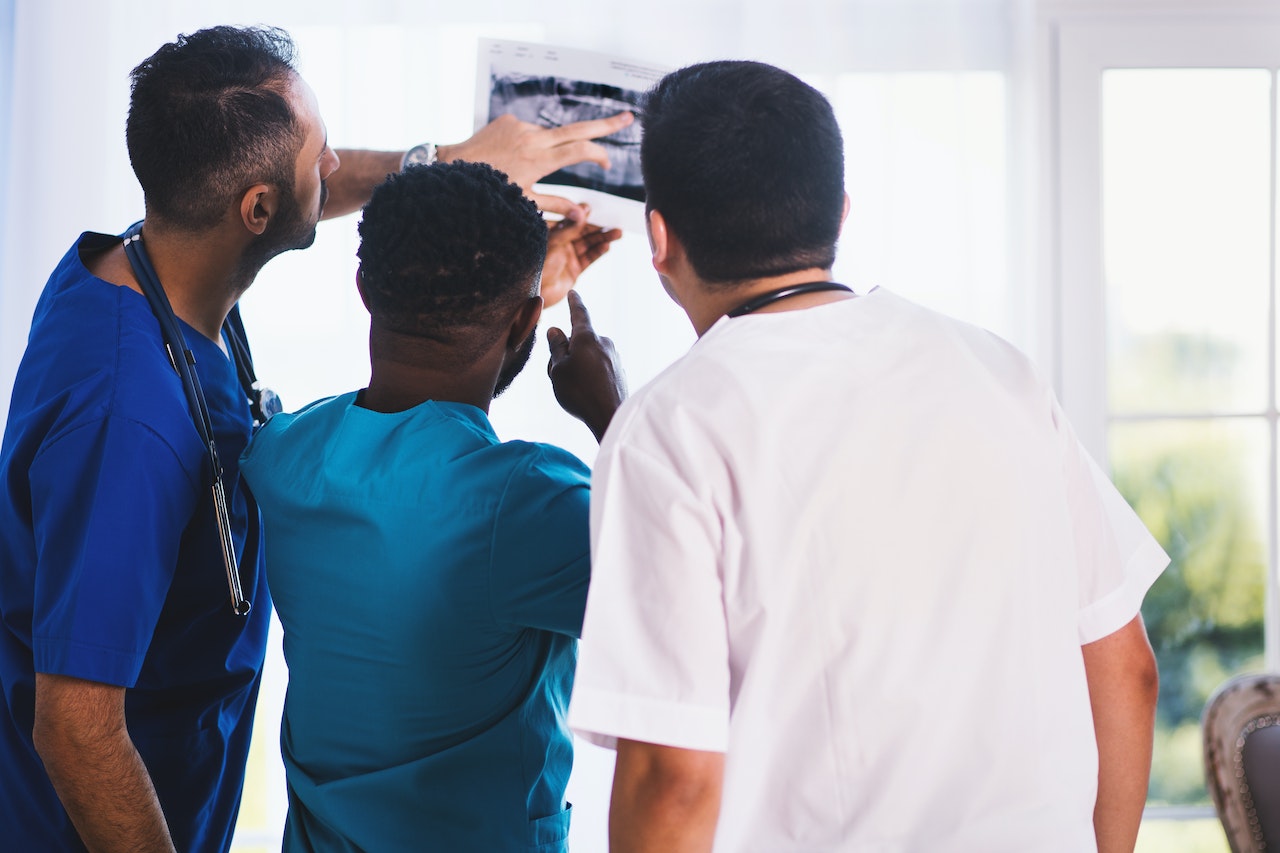 FLORENCE, Ore. – While it’s known that doctors “bury their mistakes;” nurses are also spilling the dirt on other things doctors and hospitals do that patients may not be aware of; for instance, “despite nurses’ best efforts, hospitals are still filthy and full of drug-resistant germs.”

“We’re not going to tell you your doctor is incompetent, but if I say, ‘You have the right to a second opinion,’ that can be code for ‘I don’t like your doctor’ or ‘I don’t trust your doctor,’” explains Linda Bell, an RN, and clinical practice specialist at the American Association of Critical-Care Nurses in Aliso Vijeo, California, who dished on what doctors, nurses and hospitals are “really all about” in the October edition of Readers Digest that features a special report on “nurses secrets,” with more than 17 nurses from across the country.

In turn, TV programs such as “Nurse Jackie” have put the spotlight on the difficult job of being a nurse today, per one retired nurse here in Florence remembers “every day being very busy with patients, doctors and fellow nurses doing all sorts of crazy things even while people are dying.”

Doris still moves quickly even though she’s 75. During a break at a Florence retirement home where this retried nurse volunteers, she planted an elbow on her upper knee, and rested her chin on her cupped hand and asked: “Do you really want to know what doctors do all day? First, it’s now a dark joke, but they really do bury their mistakes. Doctors are put on a pedestal in our society, but they’re just people with their own indiscretions. I’ve seen stuff that would shock anyone. I think most nurses would agree.”

In turn, more than 17 nurses from around the country answered Reader’s Digest call for them to dish on “what’s really happening in hospitals and medical centers today.”

For instance, one longtime nurse in Texas told Reader’s Digest in its October edition that “when you tell me how much you drink or smoke or how often you do drugs, I automatically double or triple it.”

“Feel free to tell us about your personal life, but know that we’re here for 12 hours with nothing to talk about. So the stuff you tell us will probably get repeated,” said a nurse in St. Petersburg, Florida, while a nurse from Pennsylvania revealed a shocking truth: “Your life is in our hands – literally. WE question physicians’ orders more often than you might think. Some of the mistakes I’ve headed off: a physician who forgot to order a medication that the patient was taking at home, a doctor who ordered the incorrect diet for a diabetic and one who tried to perform a treatment on the wrong patient.”

Hospitals Are Bad For Your Health

Gina, a nurse — who blogs at codeblog.com — revealed in a Reader’s Digest interview that “despite nurses’ best efforts, hospitals are still filthy and full of drug-resistant germs. I don’t even bring my shoes into the house when I get home.”

Also, nurses have to deal with a lot of horror while at work in America’s hospitals.

“I’ve had people blow out arteries in front of me, where I know the patient could bleed to death within minutes. I’ve had people with brains literally coming out of their head. No matter how worried I am, I’ll say calmly, ‘hmmm, let me give the doctor a call and have him come look at that,” explained a longtime nurse in Texas, while Reader’s Digest also noted that “by 2025, the United States is expected to be short about a quarter-million registered nurses.”

Tv Doctors And Medical Shows Are A Bunch Of Rubbish

“Grey’s Anatomy? We watch it and laugh. Ninety percent of the things doctors do on the show are things that nurses do in real life. Plus, there’s no time to sit in patients’ rooms like that,” explained Nurse Kathy Stephens Williams in the October edition of Reader’s Digest.

Also, a nurse in New York City noted its rubbish when a TV show feature patients friends and family having a good time when visiting a hospital. “This is a hospital, not a hotel. I’m sorry the food isn’t the best, and no, your boyfriend can’t sleep in the bed with you.”

In addition, Nurse Gina – who blogs at codeblog.com – noted that nurses and doctors lie a lot.

“If you ask me if your biopsy results have come back yet, I may say no even if they have, because the doctor is really the best person to tell you. He can answer all your questions.”

Moreover, Nurse Linda Bell told Reader’s Digest that “it can be intimidating when you see a physician who is known for being a real ogre make a mistake. Yes, you want to protect your patient, but there’s always a worry: Am I asking for a verbal slap in the face?”

Nurse Theresa Brown also revealed to Reader’s Digest that “every nurse has had a doctor blame her in front of a patient for something that is not her fault. They’re basically telling the patient, ‘you can’t trust your nurse.’”

They take the Hippocratic Oath that asks doctors to “first do no harm.” Yet, the recent national health care debate revealed that many doctors are doing a lot of harm by killing their patients at an alarming rate.

Congressional records — on the state of American health care that was outlined in numerous public records that lawmakers pored over during more than a year of debates — show that “two thirds of junior doctors, or more, admit to having made a mistake that may have cost a patient their life.”

Also, a nurse supervisor at a New Jersey hospital told Reader’s Digest in its October edition that “if you have a choice, doesn’t go into the hospital in July. That’s when the new crop of residents starts, and they’re pretty clueless.”

Doctors Getting Bored With The Same Old, Day In And Day Out

Nurses also told Reader’s Digest there’s concern that doctors are simply “getting bored with their jobs.”

“We know many doctors who are doing things other than practicing medicine in our area. They’ve cut their hours to enjoy life more. They work to live, rather than the old days when most doctors lived to work. Heck, we have doctors here who spend more time making beer or selling real estate in their spare time than being at the hospital,” explains Ritchie Boyd who works as a nurse in Eugene, Oregon.

In addition, doctors have also gone mainstream in recent years by becoming media consultants, hosting TV programs and hawking products at malls or on the Internet. These doctors say “their free time is their free time.”

Still, many Americans have placed doctors on a pedestal — thinking they are totally committed to them as patients.

An average doctor now days “makes easily in the hundreds of thousands. They put in the time at medical school, and they have bills to pay. They feel entitled to all that means being a doctor,” said a Eugene human resources worker at a major hospital who added: “I’d be toast if they heard me say this.”

“You have to understand. In a hospital setting, the doctors are gods.”

Studies of thousands of doctors have been done by the government, and each and every one points to such things as night shifts, doctor and nurse rotations that get mixed up, infection due to bacteria and other problems in hospitals and a host of ills associated with – in general – doctors being distracted.

“While it’s hardly news that doctors make errors, what’s most alarming say that in medicine is “that it’s still happening in this day and age of high tech medical systems.”

To put it another way, more American are killed by a doctor’s mistake than car crashes, AIDS and even breast or lung cancer.

In turn, some in Congress are advocating a new federal “Center for Patient Safety” that is aimed at sorting out doctor’s errors with new federal standards and guidelines that would remove mistaken laden doctors from their ability to practice and, hence, “do no harm.”

However, given the probable outcome of the 2012 elections, a Republican controlled Congress would be against any new federal program that would increase the size and power of government.

Still, the nation’s “Institute of Medicine” has long advocated some sort of watch dog agency to check in on those doctors who kill patients by mistake.

Currently, the only recourse for family members who’ve lost a loved one due to a doctor’s mistake is the route of a law suit. And, with doctors raising rates to compensate for massive malpractice premiums, the cycle continues.

At the same time, Tea Party fans are calling for a repeal of the law that gives American children and millions some sort of health care. The view is “we got ours, and we don’t want to pay for others health insurance.”

Rich In America Get The Best Medical Care

While it’s understandable that many privileged Americans want to enjoy their bounty, and not pay more taxes to cover those poor who are uninsured, say health care advocates. Still, there’s still the issue of why are so many doctors making so many mistakes at a time when America’s hospitals have never been more high-tech.

Thus, it’s not a surprise that numerous Congressional health care subcommittees have asked doctors and hospitals “to clean up their act.”

But there’s no strict enforcement other than taking legal action against these rouge doctors who, for whatever reasons, are making more mistakes than ever.

Also at issue is the practice of not allow patients to have longer visits with doctors who, on average, spend as little as five minutes with patients before prescribing pills.

Moreover, Nurse Theresa Brown told Reader’s Digest recently that “doctors don’t always tell you everything. They’ll be in the hallways saying, ‘she has a very poor prognosis. There’s nothing we can do.’ Then they don’t say that in the room. Sometimes I try to persuade them to be more up-front, but I don’t always succeed.”

In turn, it was the French philosopher Voltaire who said: “The art of medicine consists of amusing the patient while nature cures the disease.”