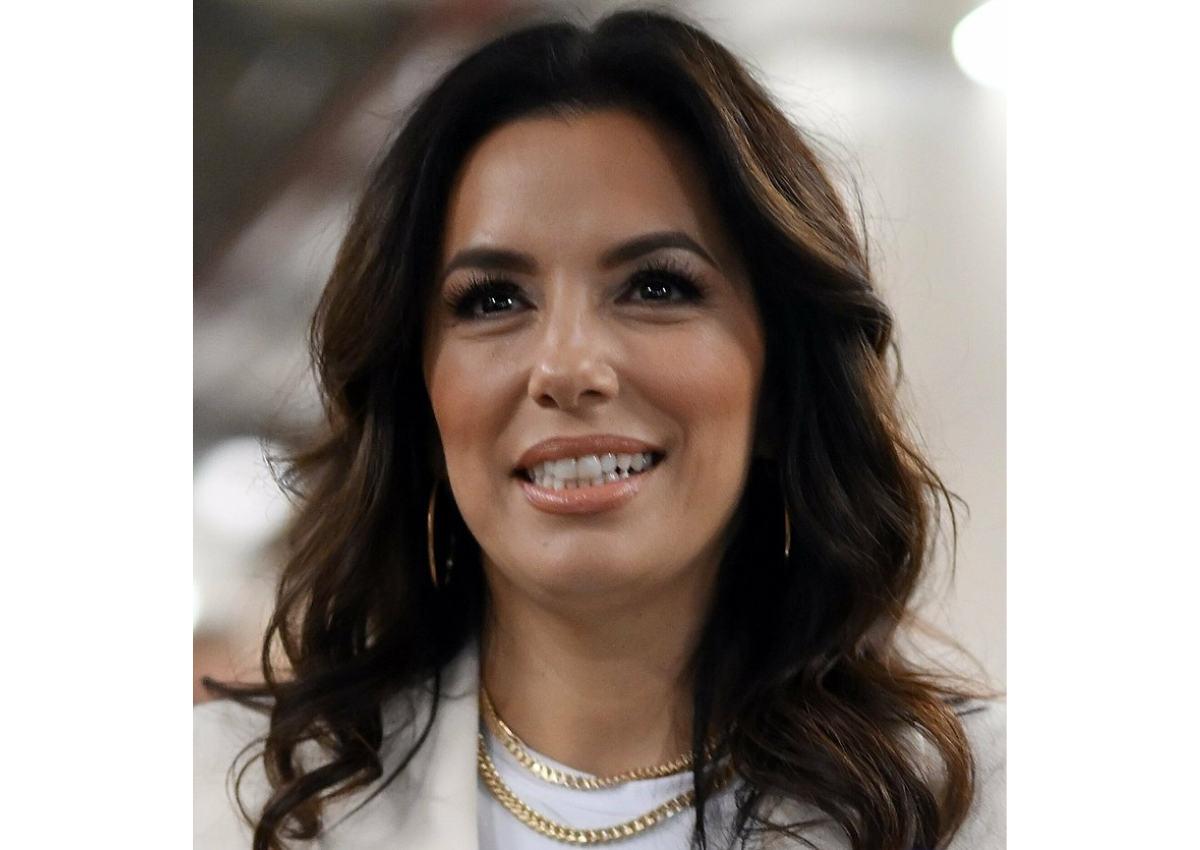 Eva Longoria’s return as crazy “Isabella” was again teased during a July 3 airing of “The Young and the Restless” that’s still hurting after earning no major 2012 Daytime Emmy Awards; with hopes that this former “Desperate Housewives” star will boast ratings.

Stay tuned to the CBS TV soap opera “The Young and the Restless” to see if Eva Longoria really does return as the evil Isabella Brana after the show dropped a pre-4th of July bombshell this week with Isabella’s crazed son Ricky being killed by his father Paul Williams.

“What’s crazy,” says Y&R fan Tina during a recent Huliq interview is “Paul Williams (portrayed by actor Doug Davidson) has been on the show since day one, back in 1978, or for 30 some years and he’s never killed someone like this – his own son Ricky.”

In fact, the Young and the Restless seems to be pulling out all the stops with almost daily “cliff hangers” such as turning the character of Paul from a mainstay on the series for 30 years, into someone who murders his own son; who just happens to also be the son of Isabella, played by former “Desperate Housewives” actress Eva Longoria.

Fans of the once very popular CBS soap opera “The Young and the Restless,” may recall that Eva Longoria debuted in the role of the crazy Isabella back in 2001; while remaining on the cast of the series until June 2003, when it was announced that Longoria “had been let go,” stated a TV Guide report.

At the same time, her former show – The Young and the Restless – has been in a sort of funk after it garnered a record “16 nominations for the 2012 Daytime Emmy Awards” and only won two lesser Emmy’s for its younger teen stars, reported TV Guide.

In turn, Lauralee Bell – whose parents created The Young and the Restless – while also playing the role of Christine Blair on the show recently told TV Guide that “Longoria has been seen in flashbacks during both recent and past programs, but would not reveal if Longoria will return in the flesh.

“That whole Isabella thing was a very scary time for Chris and Paul and now they wonder if there’s something off about Ricky. At first, no one knew Isabella was crazy. He could be a whack job like his mother. Time will tell. But seeing Ricky for the first time as a man is really startling for Chris. And for me, too,” explained Bell during a TV Guide interview.

Those who watch The Young and Restless on a daily basis may recall that when Isabella’s son Ricky came back to town, Paul Williams really tried to bond with his son.

However, Paul soon learned that Ricky was a just as much a psychotic nut job as his mother Isabella; once played to the hilt by Eva Longoria.

In turn, a Y&R teaser overview for the killing explains it this way: “Paul finds Ricky who is about ready to kill an unconscious Eden Baldwin with a knife. Paul aims his gun at him, telling Ricky to stop.

Ricky, however, taunts his father and dares him to shoot him and even goes so far as to blame Paul for how he turned out. Ricky confesses to killing his ex-girlfriend Rachel as well as Daisy Carter and even a college friend. When Ricky lunges at him with his knife, Paul fires his gun at his son, hitting him in the arm. The impact causes Ricky to stumble out a window and fall to his death.”

Then, on Y&R’s July 2 and July 3 programs, Paul is seen seated next to Isabella in a mental home and it sure looks like the role of Isabella is Eva Longoria with her shapely figure and long black hair. However, the Y&R cameras do not show Isabella or Eva’s face?

Distasteful and even revolting story telling is what many of today’s daytime soaps are aiming for in an attempt to boost ratings, and literally save these shows from TV extinction; with the lecherous and evil Victor Newman being a prime example, say fans of The Young and the Restless.

There’s good reason why Sharon is still called “a tramp” during July episodes of “The Young and the Restless” after Sharon – the ex-wife of Victor Newman’s son Nick and the mother of Victor’s grandkids – crossed the line, say fans, due to Y&R looking for a ratings boost.

In turn, both Y&R fans and the soap opera community expressed more than just raised eyebrows when the lecherous Victor Newman – played by the 71-year-old Eric Braeden; whose real name is Hans Gudegast – started kissing and then sleeping around with the 30-something mother of his grandchildren.

“I think Eric is a dog, both on the show and in real life. I’d be afraid to cross this guy, and I realize he’s just an actor,” explains a Florence, Oregon, senior named Betty also explained how “Y&R was always one of my favorite soaps, but now they crossed the line with this letch Victor bedding a woman he once called his daughter.”

In fact, one Y&R fan commenting on the soaps website justified this May-December illicit romance by stating how “Sharon thinks of him as the father she never had and even when she kissed him I understood why and so did Victor. Victor thinks of her as his daughter, and he will always want to love and protect her.” Great, says Betty, of that comment; while adding: “But does that mean Victor has to sleep with Sharon?”

In turn, a recent report in The New York Times explained why today’s once over the top daytime soap operas are not pulling out all the stops to keep their audience at a time when soap cancellations are at an all-time high; with soap “obituaries” declaring “the end of the entire daytime soap opera industry” is at hand.

Maria Arena Bell, executive producer and head writer for “The Young and the Restless” on CBS, who said: “Once upon a time soaps wrote to Fridays, where things would slowly build throughout the week, and Friday you’d have a stunning cliffhanger to keep your attention. I still build to Fridays, but my motto is that every day has to be a Friday.”

In turn, the recent killing of Ricky by his father Paul Williams is not only an attempt to boost ratings, say fans, but is “a shame because Paul has been a good guy on Y&R for 30 years.”

Such views about keeping cliffhangers going on all the time is understandable, added the Times report because, after all, there have been so many obituaries to write: Besides eight cancellations in the last 15 years, a deal to keep “All My Children” and “One Life to Live” alive on the Internet recently fell through.

In turn, the current highest-rated remaining soap, “The Young and the Restless,” is seen “by a mere 4.7 million people;” whereas other daytime programs such as the fake court TV show “Judge Judy” has been “creaming the soaps with nearly 9.4 million viewers daily.”

This reporter will never forget seeing one of Victor and Nikki’s many Y&R weddings back in the 1980’s when Y&R took the show on the road to shopping malls and other public venues.

In turn, Victor and Nikki cut their wedding cake and handed it out to fans; while it was noted that the real life Victor, the German actor Eric Braeden – who played the evil Nazi Hans Dietrich in the Sixties TV series “The Rat Patrol” – yelled at several fans that approached him. The fans response was the same as Neil Patrick Harris’ reaction to the real life Victor Newman; with both fans and Harris calling Eric Braeden a jerk.

In turn, Braeden literally became the same mean spirited Victor Newman in real life when he called Neil Patrick Harris all sorts of names in both TV and online interviews after Harris announced via Twitter that Braeden would not be reprising his role on the hit evening TV show “How I Met Your Mother.”

In his Tweet, Harris called Braeden a “D-Bag” for deciding on very short notice not to film a scheduled cameo for the program. Harris then claimed, according to a report in TV Guide, that Braeden said the role was “not substantial enough” for him to appear. Braeden then went mental in his negative responses about what Harris said about him, with Y&R fans saying “it’s typical Victor Newman.”

Moreover, Braeden announced recently that after almost 30 years on Y&R, that he was leaving the show; with fellow actors Melody Thomas Scott (Nikki) and Peter Bergman (Jack) telling soap opera publications that most of the cast would not miss the out-spoken and even rude Braeden who they said had taken his mean Victor role to heart.

At the same time, Braeden told EW.com in an interview that “We reached an impasse in the negotiations,” but he changed his tune when realizing that Victor is still his best shot at remaining employed in the bitter and image conscious world of today’s TV soaps where youth trumps a 71-year-old aging actor such as Braeden; thus returning him to the role of Victor who is still playing the “dirty old man” as of today’s latest “cliffhanger” on Y&R June 15.

Soapocalypse At Hand With Few Remaining Soaps In Trouble

We can all agree that things are not looking good for the soap opera, asserted The New York Times in a recent story about the demise of today’s daytime soaps.

However, they’re not all dead yet, with four traditional soaps still on each weekday — “Days of Our Lives,” “The Bold and the Beautiful,” “The Young and the Restless” and “General Hospital.”

Also, the Times noted “It’s worth remembering one of the soaps’ favorite plot twists: triumphant, often inexplicable, returns from the dead. The modern soap opera does not appear that much different than it did 15 or 30 years ago.

There are still infidelities, murder mysteries, lies. Tortured couples still stare at each other across the room, practically drooling with lust that has built over months. But there are subtle changes. For one, stories aren’t being dragged out endlessly anymore.”

The old theory says: Keep things moving slowly, because if people are only watching two or three times a week, they need to know what’s happening. Our new theory is: Something has to happen every day, and it’s more important to feel as though you’ve missed something by not watching,” explained Maria Arena Bell, executive producer and head writer for “The Young and the Restless” in the Times interview.

Overall, Florence senior Betty says “soaps were always my secret shame because they’re not real, but they seem real.” The senior also explained the appeal of her current favorite soap “The Young and the Restless” is centered “on just one good thing, and that’s when that SOB Victor will finally get his for sleeping with a woman who is his daughter-in-law and like a daughter to this letch for the past 20 years. Victor crossed the line this time, and I hope he doesn’t get away with it.”

Thus, all eyes are not on The Young and the Restless to see if Eva Longoria reprises her role as the evil wife Isabella whose son Ricky was killed by his father Paul Williams this week on this show that was almost shut-out at the recent 2012 Daytime Emmy Awards; opening the door, say fans, for Y&R to do something desperate to both boost ratings and become a contender again for the Daytime Emmy’s that it won in spades back in the day when this soap was the top dog on daytime TV.