John Lennon’s Psychic Predicted His Death, While ‘9’ Significant For The Beatle 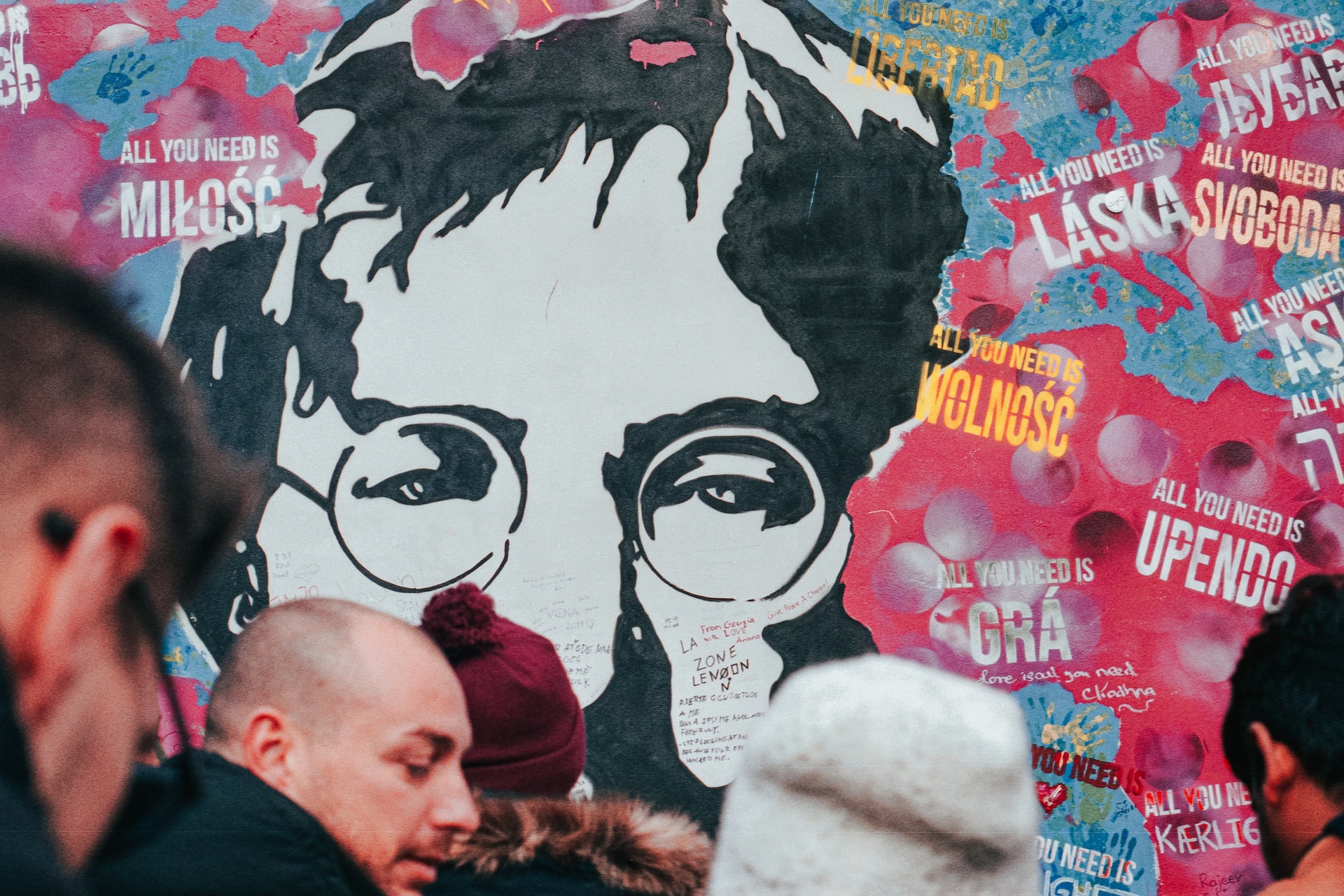 Fans of John Lennon will soon be celebrating the anniversary of his birth in October, and also the sad anniversary of his passing in December. Lennon was born on Oct. 9, 1940, and would have turned 71 this fall if not for his assassination some 31 years ago on Dec. 8, 1980.

The recent re-issue in paperback of “John” – a 2005 book by Lennon’s first wife Cynthia — in time for these forthcoming Lennon anniversaries has sparked new interest in the Beatles hometown of Liverpool, England, where fans “are trying to sort out the meaning of the ‘number 9’ that Cynthia reveals in her book.”

“We’re playing not to mark his death, but to celebrate his life,” explains Rod Davis, banjo player with the Quarrymen, who had known John since they were five years old at Sunday school back in Lennon’s hometown of Liverpool where events marking the 30th anniversary of his death in 2010 have continued into 2011. “To talk too much of his death casts a shadow. There’s more than a bit of sadness, so we’ll be trying to focus on celebrating the John we knew.”

In addition to last year’s 30th anniversary of Lennon’s death, Liverpool celebrates the month of September as when the “Quarrymen” first got together back in September 1956. Also, there’s a local Beatles museum and exhibits in John’s native Liverpool that also point to the “number 9” as “proving to be very strange for John.”

Also, as of 2010, Lennon’s solo album sales in the U.S. “exceeded 14 million units,” stated Billboard while also noting that the Beatle “is responsible for 25 number-one singles on the U.S. Hot 100 chart. Moreover, a BBC News poll from 2002 named Lennon as “one of the 100 Greatest Britons, with the Beatle coming in eighth.

Lennon was also a Liverpool trained “artist” who not only produced music but drawing and painting as well. Many of Lennon’s original drawings command hundreds of thousands of dollars even while his former art teachers noted his lack of talent.

Lennon Marries Cynthia, And Overdoes It With LSD

The opening of her book “John” features the line: “When she was eighteen years old, a girl named Cynthia Powell met a boy named John Lennon and they fell in love.” In turn, the book’s foreword by their son Julian Lennon states that “if there is to be a balanced picture of Dad’s life, then Mum’s side of the story is long overdue.”

John Lennon married Cynthia – who was pregnant – on Aug. 23, 1962. Lennon is quoted as saying, “There’s only one thing for it Cyn. We’ll have to get married.” In the book “John,” Cynthia attributes the start of their marriage breaking up to his regular use of LSD.

“When John was tripping I felt as if I was living with a stranger,” writes Cynthia Lennon in her book John. “He would be distant, so spaced-out that he couldn’t talk to be coherently. I hated that, and I hated the fact that LSD was pulling him away from me. I wouldn’t take it with him so he found others who would. Within weeks of his first trip, John was taking LSD daily.”

Also, Cynthia Lennon writes that when John Lennon met Yoko Ono, and then divorced her, none of the other Beatles and Beatle wives contacted her “except Paul McCartney.”

In her book “John,” Cynthia Lennon recounts how the number 9 kept coming up in John Lennon’s life, while noting it was more than strange to both her and John, and even scary.

“John had been shot in New York at 10:50 p.m. on December 8. The time difference meant it was 3:50 a.m. on December 9 in Britain,” writes Cynthia Lennon. “In the jumble of thoughts whirring around my mind two kept recurring. The first was that nine had always been a significant number for John.

He was born on October 9 and so was his second son, Sean. His mother had lived at number 9; when we met my house number had been 18 – the two digits of which add up to 9 – and the hospital address Julian was born in was number 126 – again, each digit adds up to 9.”

Also, Cynthia Lennon writes in her book “John” that “Brian Epstein had first heard the Beatles play on the ninth of the month, they had got their first record contract on the ninth and John had met Yoko on the ninth.”

“The number had cropped up in John’s life in numerous other ways, so much so that he wrote three songs around it: “One After 909,” “Revolution 9” and “#9 Dream.” Cynthia Lennon went on to write that “now he had died on the ninth – an astonishing coincidence by any reckoning.”

“The psychics’ warnings were almost worse” than what Cynthia Lennon reveals at the end of her book “John.”

“We received dire predictions of plane crashes and other horrendous happenings” that Cynthia Lennon said were related to an influx of psychic warnings that began in 1965 and continued into December 1980 when he was shot and killed.

After more reports that “John would be shot while he was in the States,” Cynthia Lennon goes on to state that “when he left on tour he was frightened and downcast.”

“I was just before eleven, on that terrible December 9 (in England) night, when a supposed fan, Mark Chapman, who had asked John for his autograph earlier that day and exchanged friendly words with him, shot him four times,” Cynthia Lennon writes in her book “John.”

In turn, she writes that “John was hit twice in the back and twice in the shoulder. A fifth bullet missed him. Yoko had been a couple of steps behind him and it must have been appalling for her to witness. John staggered up the six steps outside the Dakota building before he fell.

As Yoko screamed for an ambulance, the porter, who knew John well, covered him with his jacket, and then pressed a button that connected him straight to the police. They arrived within a couple of minutes, decided there was no time to wait for an ambulance, carried John to their car and sped him to hospital. John died from massive blood loss shortly after they arrived.”