On Frank Saving Himself Into Top 5: Masterchef 3 Sees Reality Trump The Hypothetical 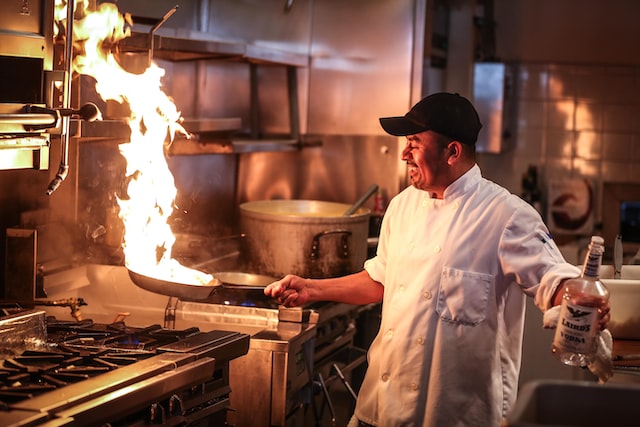 Some, like Top 6 finalist Josh Marks, might have thought Frank Mirando’s saving himself from elimination on “MasterChef” was dishonorable after praising Josh, but that might not be true at all.

The battle of the Top 6 amateur chefs on “MasterChef” came down to a Pressure Test between Josh Marks and David Martinez after the Blue Team lost in the Team Challenge.

But Blue Team captain Frank Mirando was given a chance to save one of his team members or himself before the Pressure Test began.

In a hypothetical situation posed to him, he said that Josh had been Blue Team’s most valuable member and deserved immunity, but when the judges told him he was being given the power to actually save a member of Blue Team from elimination, he chose himself. Was his final choice, the act of saving himself, a selfish, dishonorable maneuver? Or was it simply the right choice to make?

After losing in the Team Challenge (running the kitchen in a Michelin restaurant), the Blue Team was assembled before the “MasterChef” judges — Chef Gordon Ramsay, Chef Graham Elliott, and restauranteur Joe Bastianich. The three were to undergo a Pressure Test, where one of them would be eliminated.

Chef Ramsay asked Frank if there was one person on the team that stood out and who he thought would deserve immunity from the Pressure Test if such were given. Frank praised Josh’s overall work in the kitchen. When asked about the slowness with which Blue Team got their appetizers out to diners, Frank took full responsibility for his team.

Then Chef Ramsay told Frank that he did have the ability to save someone. Did he still want to give Josh immunity or would he like to reconsider?

Frank reconsidered and gave himself immunity, promoting himself to the Top 5 in the process, leaving a more than a little annoyed Josh (who would vow vengeance in confessional) to do battle with David Martinez to try to keep from being eliminated.

Josh barely slips through after a steak Pressure Test where both amateur chefs performed sub-par. But it set up the potential for friction within the Top 5 as the competition moves forward.

Was Frank’s Saving Himself Dishonorable Or Just Plain Smart

Josh was obviously aggravated and more than a little angry at Frank when the team captain, after giving him kudos and saying he was more deserving of immunity, took himself out of the Pressure Test and effectively left Josh to his own devices against David.

He kept giving Frank the “evil eye” during the Pressure Test. He has also vowed vengeance, so if he gets into a place of strategic strength (such as winning a Mystery Box Challenge), it could prove problematic for Frank.

But was Frank’s decision to remove himself from the Pressure Test a punk move or was it a smart move? Was it dishonorable?

Frank’s decision to follow his own self-interest could be considered dishonorable and somewhat of a coward’s retreat. However, as far as strategy is concerned, it was a sound move. Simply put: He immediately jumped into the Top 5 without having to compete to get there.

But when faced with the reality of making the Top 5 and facing possible elimination, Frank chose to watch Josh and David compete, earning Josh’s immediate enmity.

And yet, it must be considered that when the judges asked Frank about the late start the Blue Team labored under, Frank took the bullet for Josh, who had taken the station to fry the bread for the Croque Madame.

Frank took responsibility for the poor start, stating that he should have switched Josh out sooner. Josh not only put the Blue Team behind by over thirty minutes, but it was Frank that got the bread cooked correctly that got the Blue Team’s first appetizers out to their first patron an hour into service.

It would appear that when faced with the hypothetical, Frank felt he could afford to be generous to his teammate, but when reality forced an actual decision, magnanimity fell to the wayside. Reconsideration and self-preservation kicked in. Frank chose Frank for immunity.

Josh’s hostility at having been praised and passed over should be considered also in light of the fact that if Josh had been in Frank’s position, he would have — being the competitor that he is — done exactly the same thing.

And it should be remembered that it was Josh who was the cut-throat competitor who was the only amateur chef that, when asked by the judges in the previous episode, said he wouldn’t have supplied David with the rice needed for his dish (David had forgotten the main ingredient of his dish, but was saved by Becky Reams).

It was the same sentiment supplied by judge Joe Bastianich, who said that “MasterChef” was ultimately a competition and helping someone who had virtually eliminated themselves could potentially come back to haunt a person. However, in confessional Frank admitted that Josh’s attitude had disappointed him.

So Frank’s revised decision may have been a combination of dishonorableness, reconsideration of Josh’s actual contribution to Blue Team, Josh’s past show of dog-eat-dog behavior, and/or simple self-interest-driven self-preservation. Unless Frank opens up sometime in the future, the truth might never be known.

But Fox Television is certainly playing it off as Frank betraying Josh, using the maneuver as a promo for the Top 5. And yet, regardless of why Frank ultimately saved himself, Josh has to make certain his newfound resentment of Frank doesn’t get in the way of production, because Frank isn’t the only excellent amateur chef he has to face.

There is still Becky, Christine Ha, and Monti Carlo as well. And concentrating on eliminating Frank in the short run could blind him to pitfalls that might keep him from why he’s in the competition — the “MasterChef” title.