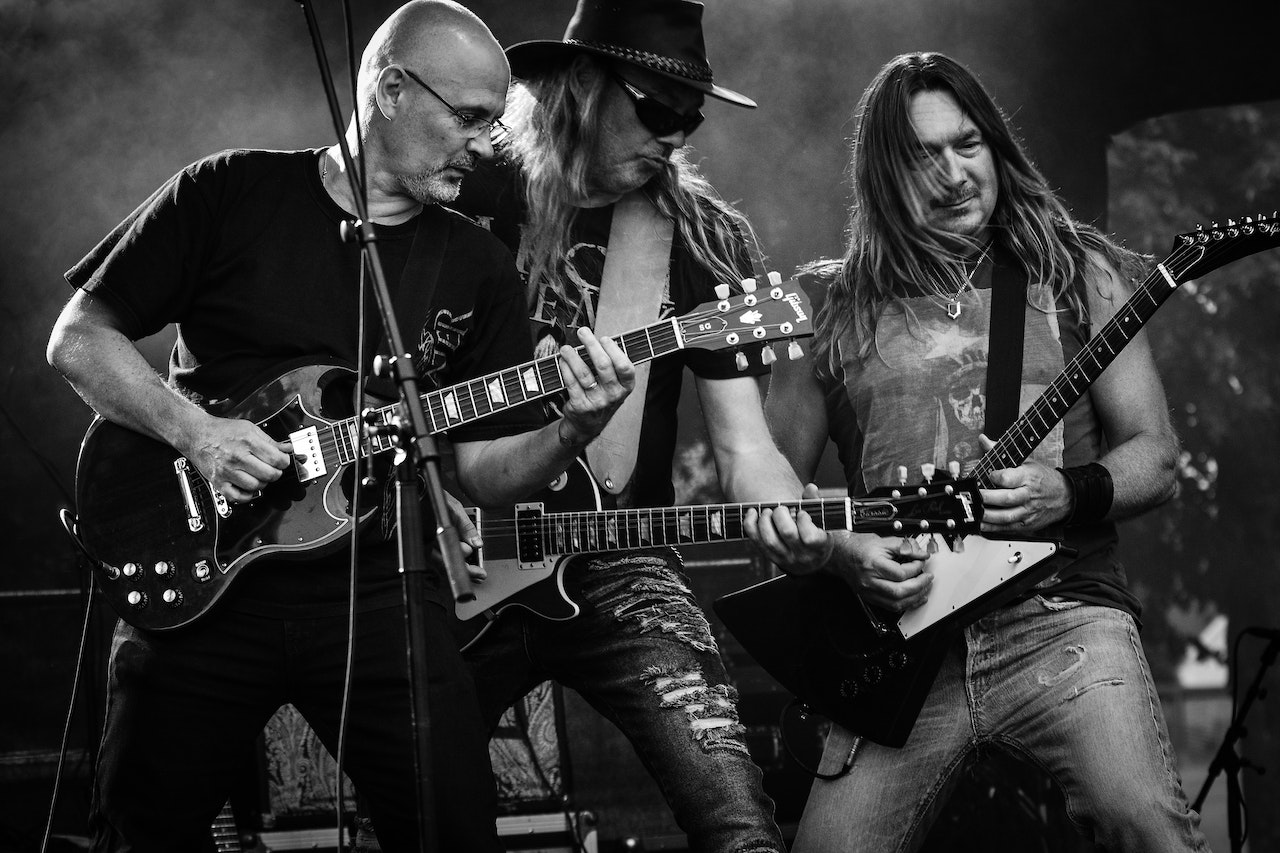 EUGENE, Ore. – They’re just singers in a rock and roll band, but England’s “Moody Blues,” are much more than that to fans here in Eugene who’ve sold out the Cuthbert Amphitheater — near the University of Oregon for tonights June 1 show that – promises to take everyone “higher and higher,” while also telling followers “I know you’re out there somewhere.”

Without question, the Moody Blues are members of rock and roll’s elite after forming in May 1964 – nearly 50 years ago – and rocking on and also expanding rock’s sonic and lyrical horizons with such classic songs as “Dawn is a Feeling,” “Tuesday Afternoon,” and “Nights in White Satin,” while also producing such ironic Sixties albums as “Days of Future Passed,” and “To Our Childrens Childrens Children,” and in the summer of 1970, “A Question of Balance.”

In general, Eugene area locals have been “Moody” fans since the Sixties because, as one local stated, “they’re very steady and their songs and music just lifts one to a higher state of consciousness. They’re up there with the Beatles and Elvis.”

During this current “Voyage 2011 Precious Cargo Tour,” the Moody Blues have also joined local charity groups from across the U.S. for a musical instrument drive, per “buy one ticket to see the Moodies and get one free ticket by donating an instrument to a local school district.”

At a recent show in Houston, Texas, for example, the Moody Blues said they know “the benefits of music education in the lives of children are undeniable, yet in these troubling economic times – with school budgets for music education slashed – the Moodies wanted to pay it forward by looking for ways and means to help those schools in America during this summer tour.

At the same time, fans in Eugene remember when members of the Moody’s “would party with us after a concert.” For example, a local musician named Roy remembers “Mike Pinder giving us all the drink and food that was set out for the band back when they played Eugene in 1969.

“They’re known as a class band, a generous band and a band with real heart,” says Roy whose ads he’s eager to see the Moody Blues play in Eugene tonight “because it’s always a magical event.”

The Moody Blues formed on May 4, 1964, in Erdington and Birmingham, England., with Ray Thomas, John Lodge, and Michael Pinder had been members of El Riot & the Rebels. They disbanded when Lodge, the youngest member, went to technical college and Michael Pinder joined the army.

Michael Pinder then rejoined Thomas to form the Krew Cats. The pair recruited guitarist/vocalist Denny Laine, band manager-turned-drummer Graeme Edge, and bassist Clint Warwick. The five appeared as the Moody Blues for the first time in Birmingham in 1964.

The name developed from a hoped-for sponsorship from the M&B Brewery which failed to materialize, the band calling themselves both “The M B’s” and “The M B Five” and was also a subtle reference to the Duke Ellington song, “Mood Indigo,” states an overview of the Moodies history on Wikipedia.

The group re-formed in November 1966 and new members were John Lodge, their bassist from El Riot, and Justin Hayward, formerly of The Wilde Three.

During their last visit to Eugene back in 2008, the Moody Blues bassist John Lodge urged fans to “keep the faith” at the end of the concert. He later told this reporter that “we need to keep rocking,” and the fans help these 60something musicians do just that.

More recently, Justin Hayward told Eugene’s Register Guard newspaper that he’s come such a long way since he was a 19-year-old joining the Moody Blues. “But I relive that every night because I share it with an audience, and that is the thing I would never want to give up. I am hooked on that. I am hooked on doing these songs.”

In turn, Moody Blues drummer Graeme Edge – who just turned 70 – is the only current member from the 1964 beginnings of the band. At the same time, lead guitarist and vocalist Justin Hayward, 64, and bassist and vocalist John Lodge, 65, remember joining the Moody Blues back in 1967.

“The Moodies have such a large body of work that it’s really difficult for somebody to take it all in,” said Hayward during a recent interview with Eugene’s Register Guard newspaper that also noted how the band has sold “more than 70 million albums worldwide, and earned 14 platinum and gold discs.”

Fans of the Moody Blues include John Lennon and the Beatles, as well as Mick Jagger and Charlie Watts of the Rolling Stones, and hundreds of other artists who’ve put the Moodies up there as one of the great bands of all time.

“Ask just about anyone who was around, or can remember being around in the Sixties, and they know the Moody Blues as a band that could take them higher and higher. They were the ones who pronounced that Timothy Leary’s dead, and they were the ones searching for that lost cord,” says a Eugene fan who’s offering to help the band set-up for tonight’s concert near the University of Oregon.

During a November 1969 interview to introduce the Moodies classic album “To Our Childrens Childrens Children,” Hawyard explained the band’s muse for this album that explored themes of space travel, alien life and astral travel in what was dubbed as a “thematically adventurous” recording with cave man graphics on the album’s cover.

“The hand on the front of the album was life size, but it was on the inside that we were really trying to say something. There we were gathered around a fire in a cave with a tape machine, and outside there was nothing. Where were we? I don’t know. We were trying to project the thought that we were on a plant that wasn’t Earth – it was just utopia for us.”

“At the time I thought we were crazy,” Hayward says, “but looking back now I can see it was the only thing we could have done to make our kind of music.

In turn, Hayward sings one of the Moody Blues most popular songs from the early 1970’s called: “Question.”

The Moody Blues also recorded such hits as “Ride My See Saw,” “Voices in the Sky,” “Dear Diary,” “Never Comes the Day,” “The Dream,” Never Thought I’d Live to be a Million,” Dawning is the Day,” You Can Never Go Home,” “Lost in a Lost World,” “Isn’t Life Strange,” “Saved by the Music,” “Blue Guitar,” “Driftwood,” and “The Day We Meet Again.”