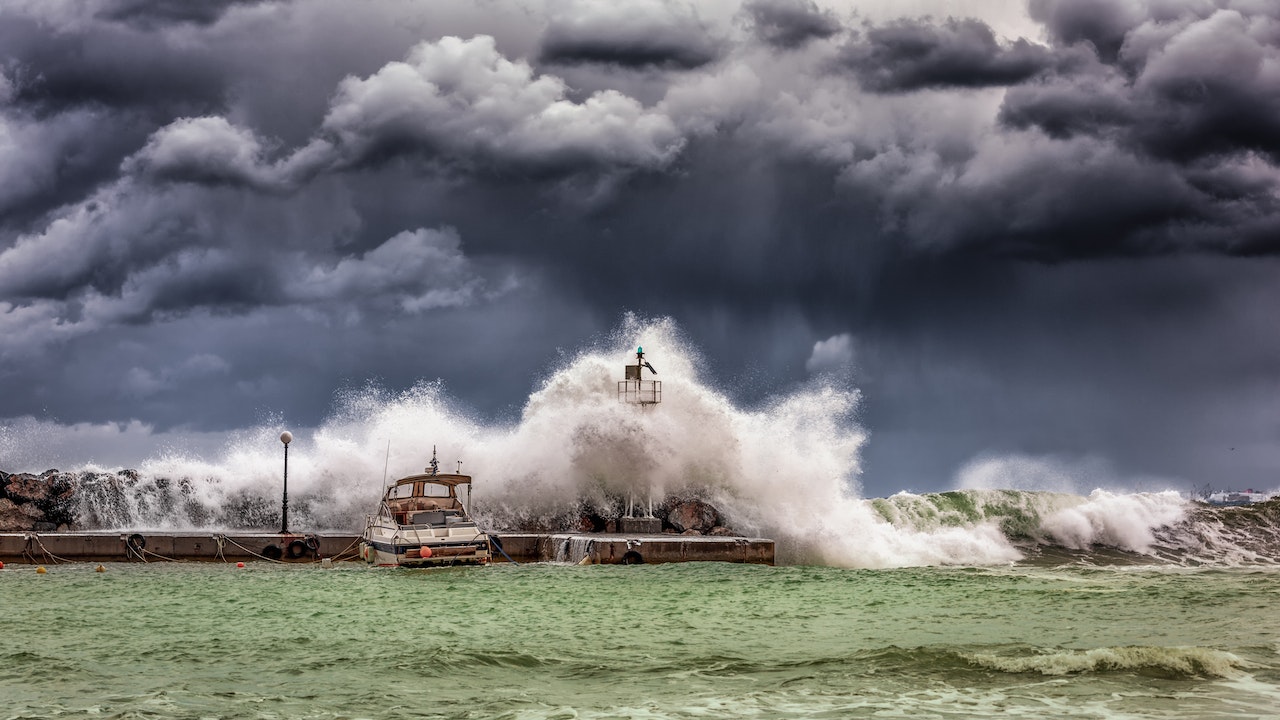 NEWPORT, Ore. – New Tsunami warnings from Japan on Thursday again reminded West coast residents that it was just a month ago when the devastating earthquake triggered massive waves here; while Tsunami experts at nearby Oregon State University point to the “Cascadia Subduction Zone” as a clear and present threat in the wake of these new aftershocks that are rattling Japan again and causing new Tsunami warnings in the Pacific.

According to recent reports by scientists at nearby Oregon State University in Corvallis, this Cascadia Subduction zone “has just experienced a cluster of four massive earthquakes during the past 1,600 years,” and if historical trends continue, this cluster could be over and the zone may already have entered a new period of concern.

“The Cascadia Subduction Zone has the longest recorded data about its earthquakes of any major fault in the world,” said Chris Goldfinger, an associate professor of marine geology at Oregon State Universityand one of the leading world experts on this fault zone.

“So we know quite a bit about the periodicity of this fault zone and what to expect. But the key point we don’t know is whether the current cluster of earthquake activity is over yet, or does it have another event left in it.”

Oregon State University touts itself as being home to one of the largest research programs in the world on Tsunami causes, behavior and mitigation, as part of its College of Engineering.

Moreover, the university features “The Tsunami Wave Basin” that’s part of the O.H. Hinsdale Wave Research Laboratory. This lab was recently constructed as part of the National Science Foundation’s $300 million investment in the “Network for Earthquake Engineering Simulation,” states a university fact sheet.

NOAA forecasters and other leading Tsunami experts nearby at OSU are warning the worst is yet to come if the “inevitable” happens and the Cascadia Subduction Zone – located off the Oregon and Pacific Northwest coast – produces a “megaquake” like the recent one last month that hit Japan and triggered massive Tsunami waves that slammed Oregon and other West coast beaches.

Tsunami Warnings And Earthquakes Not Going Away

On Thurday, Japan’s meteorological agency issued a tsunami warning for a wave of up to 6 feet after the recent earthquake. MSNBC and other media said the warning was issued for a coastal area “already torn apart by last month’s Tsunami, which is believed to have killed some 25,000 people and has sparked an ongoing crisis at a nuclear power plant. “

The Associated Press reported recently that the “Cascadia Subduction Zone” — that’s been dubbed “an offshore seismic menace” by Professor Goldfinger and other experts — is a real concern and people should be prepared if another Tsunami happens.

According to Goldfinger, there are only two places in the United States “with active subduction zones, or major areas where one of the Earth’s great plates are being subducted, or forced underneath the other. One is in Alaska, the site of the great earthquake of 1964. The other is the Cascadia zone, a 600-mile long fault zone that runs from Cape Mendocino in California to Vancouver Island in southern British Columbia,” stated an Oregon State University Tsunami warning update.

Preparing For The Next Tsunami Disaster

The AP report stated that while communities such as Newport and others in the Pacific Northwest “have worked on their defenses, installing sirens to warn of dangerous waves, posting hazard signs to mark inundation zones, designating evacuation routes and holding evacuation drills” they may not be ready for what happened over in Japan.

Moreover, local “emergency managers” here in Newport and up and down the Oregon coast are reminding locals of “Tsunami Inundation Zones” with signs and regular briefings about the dangers of earthquakes off the Pacific Northwest and West coast regions.

At the same time, the Federal Emergency Management Agency (FEMA) — as well as local and state emergency mangers – continue to stockpile emergency subsistence supplies for evacuees use during a disaster.

In fact, Oregon Emergency Management has issued guidance under the title “Am I Ready.”

“People should be prepared with emergency food, water and medical supplies. A 72-hour Grab-N-Go kit is a great start, but if you are in an area that has a possibility of being isolated, you should have three weeks of food, water and medicine. All coastal communities can expect to be isolated,” states the Oregon Emergency Management press release.

According to Professor Goldfinger — and other Tsunami experts from nearby Oregon State University — “there are remarkable geologic parallels between what just happened in East Asia and what could happen in the Pacific Northwest.

The Asian event happened where the India plate was being subducted beneath the Burma microplate, and it ruptured – for the first time since 1833 – along a 600-mile front that is just about the same length as the Cascadia Subduction Zone. “

Goldfinger added: “That earthquake happened as the Indian plate moved towards the northeast beneath Asia, just like the Juan de Fuca plate is in the Pacific Northwest before it disappears beneath the North American plate. What happened in Asia may give a vivid demonstration of the geologic future of the Pacific Northwest.

For hundreds of years, these subduction zone plates remain locked, releasing little of their tension. The plate which is being subducted is forced down, while the plate above bulges upwards. Then, in a few minutes of violence every few centuries, the forces are released. The upper plate moves seaward, and a massive tsunami can be produced along with catastrophic destruction from earthquake shaking.”

While NOAA’s Marine Operations Center-Pacific here in Newport — reports on all Tsunami and earthquake threats to the Pacific Northwest and southern West coast regions — there is a view expressed in a recent AP report that “scientists in the Pacific Northwest hadn’t understood the geology and the threat it poses until recent decades when they discovered evidence of big quakes near the coast over the last 10,000 years — about 20 the size of the March 11 quake in Japan.”

By contrast, states the AP story, “the Japanese have long paid close attention to quakes and tsunamis. Their written records from 1700 allowed North American scientists a few years ago to fix the timing of the last Pacific Northwest megaquake, right down to the hour it occurred.”

“We’re not nearly as well prepared as the Japanese, and clearly they were overwhelmed,” said Bill Steele, coordinator of the University of Washington’s Seismology Laboratory. “It is a problem.”

“In the case of the Cascadia Subduction Zone, you could have an area of ocean sea floor that’s 50 miles wide and 500-600 miles long suddenly snap back up, causing a huge Tsunami,” Professor Goldfinger said.

“At the same time, we could expect some parts of the upper, or North American plate to sink one to two meters. These are massive tectonic events. Subduction zones produce the most powerful earthquakes and tsunamis in the world,” he said.

The AP also reported that “there are no current plans in California to build special tsunami-resistant structures, but some communities are looking at ways to herd residents to existing buildings perched on higher ground in the event of dangerous waves, said Rick Wilson, senior engineering geologist with the California Geological Survey.”

While local emergency teams are ready if another Tsunami slams local Oregon beaches, the AP that there are some Tsunami experts – such as Patrick Corcoran, an Oregon State University extension worker who specializes in marine hazards – who “argues that the regional emphasis on geology and engineering misses the mark.”

“This is a cultural, behavioral issue far more than an engineering issue,” explained Corcoran in a recent AP report from the Oregon coast. Moreover, Corcoran noted “there are just a few keys to surviving a tsunami, including the importance of getting to higher ground and staying there, even if your family is scattered. It’s also important to find a way to hoof it to higher ground — rather than trying to drive and dealing with gridlock — while also designating someone on solid ground as the family contact point.”

At the same time, the AP other new service and local TV reports state that low radiation levels have been detected on the other side of Oregon in Idaho.

“Air monitors in Boise have detected low levels of radioactive material from Japan’s Fukushima nuclear plant,” stated a recent Environmental Protection Agency (EPA) media advisory that also warns Pacific Northwest and West coast communities that in addition to being on standby for an earthquake (either off the Pacific Northwest or California coasts) that radioactive particles from Japan are still a threat.

EPA scientists found that Boise “had the highest levels of any West coast city” in its latest testing of radiation from Japan, “but weren’t sure why.”

The EPA also noted in a report on Wednesday that it found “elevated levels of the radioactive isotopes iodine-131, cesium-137 and cesium-134” from Japan’s nuclear reactors all along the West coast and into British Columbia.