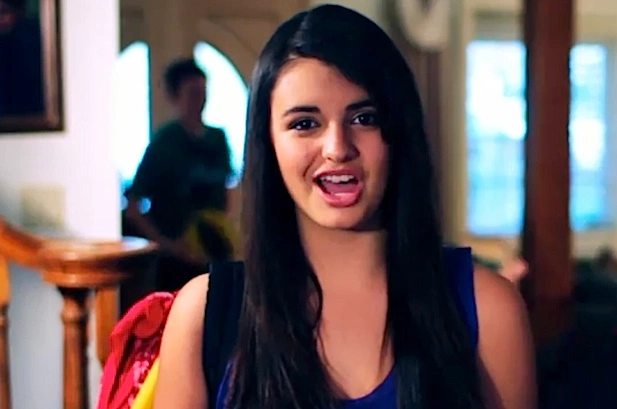 YouTube teen sensation Rebecca Black is working on a debut album after earning thousands of dollars from her single, “Friday.”

Despite the haters and bullies, 13-year-old Rebecca Black is forging ahead with a debut album. While there are plenty of critics, Black also received support from Lady Gaga and Simon Cowell.

Rebecca Black appeared in a vanity video paid for by her parents. After its release on YouTube, “Friday” became a global phenomenon. There were mixed opinions about the song and many referred to it as one of the worst songs ever and criticized her voice.

Black is not letting negative opinions hold her back. Digital Spy reports she is already working with Flying Pig Productions on a follow-up single, “LOL.”

Black said about the haters, “You think you are bringing me down and making me not want to do this any more. But you’re making me stronger and want to do it even more. Here I am in a studio working on my debut album. I’m going to prove you wrong. Just like ‘Friday’, the new songs are pretty catchy.”

In a statement to inspire budding artists around the world, Black refuses to let “negative Nancies” and “bullies” bring her down in her quest for stardom. “It was really upsetting.

These people don’t know me and it really hurt at first. I cried a little bit, I’m only 13. But I call them negative Nancies. They can try to rain on my parade, but as far as I’m concerned they are raining on their own parade. Just face it – it is a catchy song. It gets stuck in my head.”

While naysayers can continue to criticize Rebecca Black, she already raked in earnings from the release of “Friday.” Supporters anticipated the teen sensation would make a million, but her income thus far is more modest.

A Forbes analysis estimated Black’s income from “Friday,” based on YouTube views, iTune downloads, advertising and sales, is around $63,000. For a $2,000 investment from her parents to Ark Music Factory, this is a fairly impressive return.

Rebecca Black has already appeared on “Good Morning America” and is quickly becoming a household name. Other appearances and products such as “What Day of the Week Is It” t-shirts might be generating additional revenues for the teen singer. There is also a Rebecca Black website.

Considering the viral success of “Friday” on social media and iTunes, it is likely Black’s debut album will be well-received.