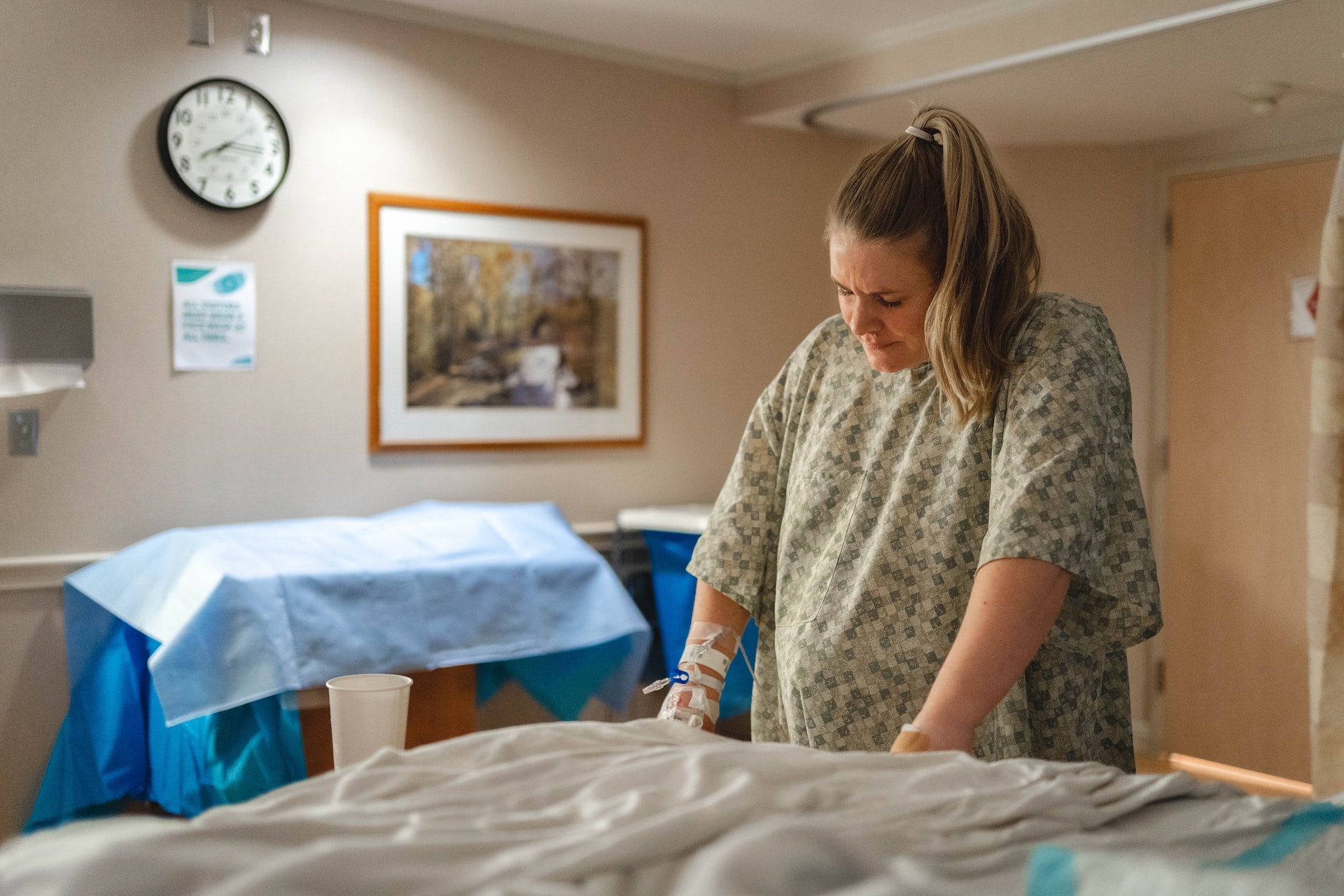 Mariah Carey had a scare with her pregnancy yesterday and rushed to the hospital on her 42nd birthday.

Mariah Carey and her husband Nick Cannon are expecting twins next month, a boy and a girl. Carey, who has gained 65 pounds with this pregnancy has been ordered to bed rest by her doctor.

This pregnancy has been a rough one for the 42 year old pop singer who celebrated her birthday yesterday by taking a trip to the hospital as labor pains started.

Mariah thought the babies were coming, but it turned out to be just a false labor scare. The doctors ended up sending the pop diva home to wait out her few more weeks of pregnancy.

Carey has recently learned that her doctor would like to do a C-section for this multiple birth, bringing her anxiety level sky high. She is also worried about losing the 65 pounds that she has packed on while being pregnant

Nick Cannon, Mariah’s husband, has been great with her during the pregnancy and he is making sure that Mariah is following doctor’s orders to stay in bed. He has been taking care of the expectant mother sources say.

Nick has his own fears about the day that Mariah gives birth to the twins. He is fearful that he will be the dad that faints in the delivery room

In other Mariah Carey news, she has recently announced that she will be donating the money she earned for performing at a private party for Gaddafi to charity.

Carey learned that the money she was paid to do the private concert was “blood money” from recent media stories. She said she had no idea and wants no part of the ill gotten money.

Carey is one of the few celebrities to step up and put the “blood money” to good use that they received from private performances to Gaddafi and his family. Instead of giving it back, it goes to a charity that can use the money for good things in life.

Mariah Carey has been stuck at home in bed taking care of herself while getting ready for the big day her twins arrive. She has not been working, or even seen out in the public for the last month or so.

It is not know for sure how long Mariah will stay away from her music career after giving birth, but chances are we have not heard the end of that golden voice on tour!

Where Do U.S. Presidents Stay In New York City