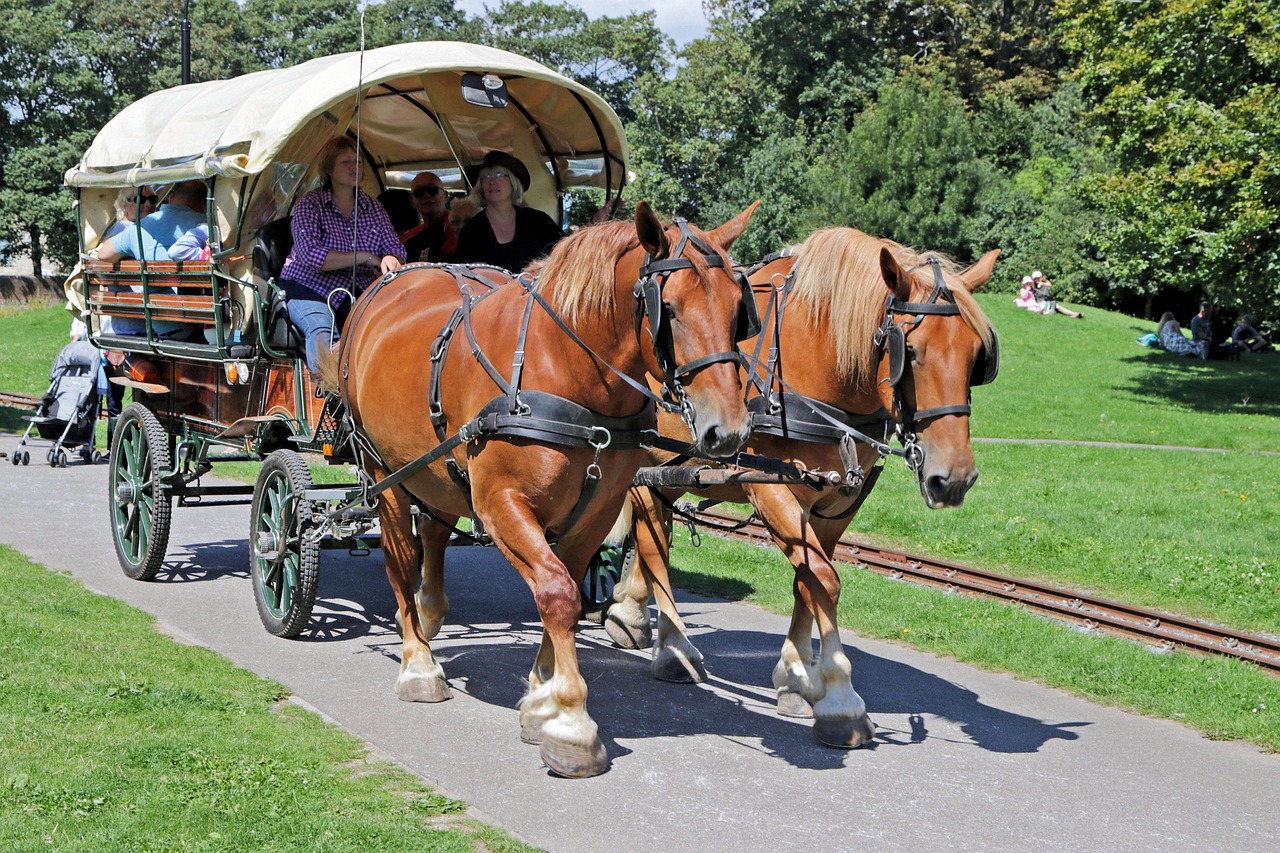 VENETA, Ore. – Groping for a sense of the zeitgeist (spirit of the age) that was the Sixties, modern day “hippies” — and those who survived that period of American culture when youth would “tune-in, turn-on and drop-out” – now return to this ancient plot of land in Western Oregon for another “gathering of the tribes” for this year’s 42nd anniversary of the “Oregon Country Fair,” July 8 – 10.

“We are entering the time of the tribal dance, as we do to live in tepees, celebrate our joys together and learn to survive. We go to a virgin forest with no need for the previously expensive media of electronic technology.

The energy we perceive within ourselves is beyond electric: it is atomic, it is cosmic, it is bliss,” writes one member of the “Family” back in 1969 when preparing for the first “Oregon Country Fair” that, at the time, was another “gathering of the hippie tribes” after the successful Woodstock concert.

“It was a sort of non-descript post-Woodstock in Nov. 1 and 2, 1969, because we were more interested in keeping those good vibrations going than naming what was to become our beloved Oregon Country Fair,” explains Johnny, a former hippie and member of the “Family” — a “commune” that thrived in this region of Oregon back in the Sixties.

Yea, Bob Dylan dropped by, and so did John Lennon. Grace Slick of the “Jefferson Airplane” was a big Fair fan and locals remember her dancing and singing in the long train of hippies that form a human train and move throughout the Fair grounds each day.

The famed local Sixties writer Ken Kesey has his own stage at the Fair; and “Don Juan” author Carlos Castaneda said he liked to “walk the Fair to be with humanity again.” All this was happening during the early 1970s.

In fact, a University of Oregon (in nearby Eugene) cultural history notes that the current site – in a deep wooded area of Veneta – was first used in August 1972 after the fields here were used for concerts produced by the Grateful Dead.

The concerts were dubbed “Field Trips,” and the first concert benefitted the local “Springfield Creamery,” which is still owned by members of Kesey’s family. Soon after, the “Oregon Country Fair” as it is today – some 42 years later – begins each Friday on the second weekend in July.

The site of the annual three-day “Fair” – as the locals call it – is in the Eugene suburb of Veneta, located about 15 miles west of Eugene along the “Long Tom River” that has ancient roots dating back nearly 10,000 years, and based on some 30 plus archaeological digs that’s now made this plot of hippie land a protected and even honored site of the “Kalapuya” Native American tribe.

“The Kalapuya lived in what’s now the site of the Oregon Country Fair while also migrating throughout the Willamette Valley of Oregon,” writes J.P. Rumberger Jr., in his “etholinguistic observations based on Kalapuya texts,” that also reveal a link to today’s hippie counter-culture activities at the Fair and back some 10,000 years when Kalapyuya Indians lived in this region of Western Oregon.

For instance, Rumberger said the Kalapuya texts point to a “culture that valued dreams and the dream spirit-power that’s constantly referred to in matters of living, power over natural phenomena and becoming a shaman.”

In place of Kalapuya shaman, the Fair features musicians, magicians, jesters and jugglers who perform on 12 stages situated throughout the site. Also, the Fair features more than 700 artisans and more than 50 food booths to serve an estimated 50,000 people who visit the fair during its three day run this weekend.

Also, Jerry Garcia may be missing from his usual “late set” — when he would enterain for the thousands who stay after hours and camp out in the woods surrounding the Fair site — but with 18 stages, featuring a wide variety of musical, comedic, theatrical, juggling, daredevil and vaudeville performances, there’s much to see and do at the Fair.

“It’s just massive,” says one Fair volunteer. “What I appreciate it no drinking allowed, and mostly family members come to have fun. There’s no dope ’cause this is not the 1960’s and, instead, there’s people doing yoga, helping each other, volunteering, talking to one another. And, there’s no social media at all. There’s no laptops or laptop areas, there’s none of that stuff becuase it’s a beautiful day and we’re just into each other.”

The main entertainment stages are: Kesey Stage, Main Stage, Daredevil Palace, Shady Grove Stage, Gypsy Stage, Rabbit Hole and the ever popular “Front Porch” which is, in fact, a real old 1930’s front porch that the likes of Crosby, Stills, Nash and Young used back in the day for both a Fair concert and as inspiration for one of their record covers.

Spirit Of The Sixties Lives At The Oregon Country Fair

To understand the “Oregon Country Fair,” it’s best to reflect on what the famed writer Arthur Miller said of the original Sixties movement

“The Sixties radical opened his eyes to a system pouring its junk over everybody, or nearly everybody, and the problem was to stop just that, to escape being over-whelmed by a mindless, goalless flood which marooned each individual on his little island of commodities,” said Miller of why so many dropped out in the Sixties and did what people will be doing now in 2011 at the Fair outside of Eugene.

In fact, that Sixties “radical” movement seems to be still alive and well in the hearts and minds of Fair goers, say locals who look forward to this annual event all year long.

If You Forgot: Here’s What Sixties People Thought And Like

“There was talk in those days that the scraped interiors of banana skins, dried and smoked, would get you high: “Mellow Yellow,” in the vernacular and the Donovan song immortalizing it,” writes Todd Gitlin in his book “The Sixties: Years of Home, Days of Rage.”

Gitlin also describes the Sixties as youth trying to become “enlightened” and finding some “sociological truth.”

“Dope, hair, beads, easy sex, all that might have started as symbols of teenage difference or deviance, were fast transformed into signs of cultural dissidence. Meanwhile, as the styles spread, their secondhand versions seems to swell into a whole cultural climate.

Consider the outward looks, the wild and various anti-uniforms that took on special meaning as the nation sent its armed forces off to war in Vietnam. Boys with long and unkept hair, pony tails, beards, old-timey mustaches and sideburns; girls unpermed, without rollers, without curlers, string-haired, under arms and legs unshaven, free of makeup and bras,” writes Gitlin.

Overall, there’s not much difference between 1969 and 2011, stays Mark a long-time Fair volunteer from Eugene.

“We’re getting ready this week and when those old VW vans started rolling in with the vendors with their camping stuff and that smell in the air… that smell of grass that takes you back, then, yes, there’s little difference between ’69 and ’11 in terms of how our Fair folks look, dress and the medicine they use,” explains Mark during a July 7 interview.

Moreover, the food from the first Fair in 1969 and what today’s chefs are preparing for this weekend gathering is also much the same. For instance, Fair goers “don’t do red meat,” or any of those popular high sugar products that have a long shelf life. Instead, the Fair goers tend to like everything “organic,” and simple ingredients that are from “live” foods and unrefined.

In turn, the view on what to wear to the Fair is still the same as it was 42 years ago. Beads and amulets, for both sexes, because they represent the primitive and a shout out to the original Fair dwellers, called the “Kalapuya” who – like today’s Fair goers – like do beat the drum for freedom.

This year’s “Fair” dates are July, 8, 9 and 10, with hours open to the public from 11 a.m. to 7 p.m. Also, the Fair is not free, and costs about $25 per ticket and parking. For more information, check out the Oregon Country Fair at http://www.oregoncountryfair.org/