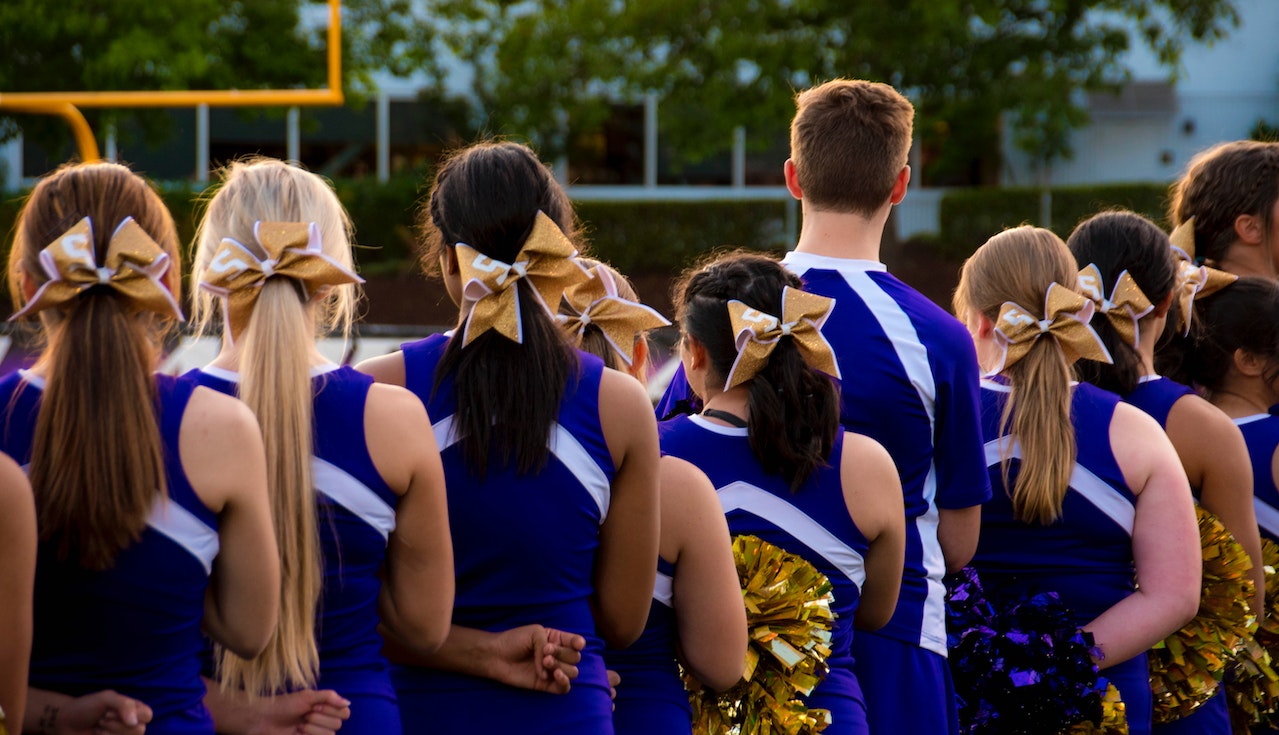 Candidates don’t typically get cut on the first or second night of training camp on Dallas Cowboys Cheerleaders: Making the Team, but this time around, one candidate found herself going home on Night Two.

Dallas Cowboys Cheerleaders: Making the Team is rolling on CMT, selecting its latest season of cheerleaders to represent the organization. And, not surprisingly, the new candidates are starting the process a bit overwhelmed.

Kelli Finglass, director of the DCC, is intimidating on television; one can only imagine how she would be in person. Beyond the routines, there are pages and pages of rules and regulations one has to learn, and it never gets less demanding, only more.

And, of course, it is in one’s best interest not to get sick or have a personal problem when a rehearsal is scheduled, because, according to Finglass, even if you are sick, you WILL be at practice, if only to watch; take a personal day and you can expect to be booted from the team.

They don’t play at the DCC.

Many of the girls have full-time jobs or are full-time students in addition to participating in DCC training camp, so there is definitely a lot to balance. Kelsey Lauren, has to race between Fort Worth and Valley Ranch to keep up with her days—about an hour and a half drive one-way.

“I definitely have a lot on my plate right now. I am trying to balance a full-time job, career; my health, since I just got out of the hospital not too long ago; and training camp.

My days are about to become really long, from 6:30 in the morning all the way to 2 or 3 AM, with minimal amounts of sleep. Yeah,” Kelsey said, shaking her head as she munched on her dinner—peanut butter pretzels. “That reality just set in.”

The DCC candidates learn a new routine each night, and, Finglass said, they will learn 50 routines before the new season starts.

Cassie Trammell, choreographer Judy’s daughter, taught the first routine, no sign of the brace she was wearing on the field try-outs, so perhaps she is ready to go for the season. Some of the young ladies were just blown away.

“I got out there and I was like, ‘Wow, I got myself into something really hard,’” Chelsea Elizabeth remarked. “Really, a lot harder than I thought it would be.”

It doesn’t take more than one night for Kelli and Judy to start seeing weaknesses in the crowd.

Ouch. That’s a hard one to process, “boring;” how do you become “unboring?” When you have your steps wrong, you know what actions to take to correct that, but when you are deemed “boring,” that’s a bit harder to know how to fix, it seems.

After offering constructive criticism to multiple candidates, Kelli sent them home, warning them, “We will start getting fast. Tonight, we were pretty easy on you guys.”

That had to really calm some nerves, huh?

Sore but undeterred, the ladies returned the next day, some practicing all day and showing up for team practice later that night. Five-year veteran Sydney helped some of the candidates prepare, and had some really good advice:

“[Fans]are not judging you like Kelli and Judy; they’re enjoying you. So don’t even think about Kelli and Judy being there. Dance for yourself and because you love it.”

The girls were sure that no one would be cut that second night, but they were wrong. Girls don’t always get cut when they are called into Kelli’s office after practice, especially early-on; they typically get at least a chance to correct whatever they are doing wrong. Not this time.

So, goodbye Carla; you should never have been a candidate, anyway, after that “Michelle Obama” comment.