Dig Turns Up Surprises And Questions From Ancient Greece 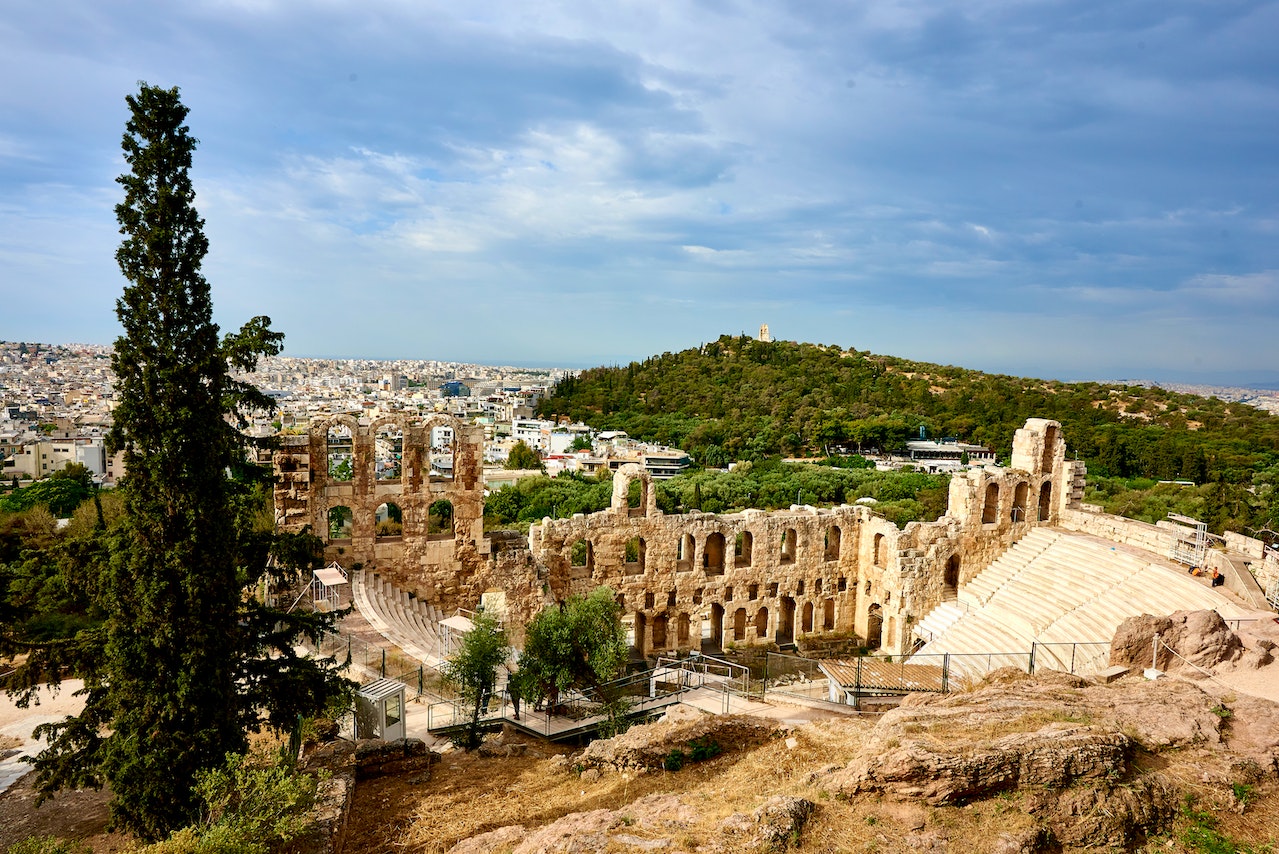 A little more than 100 years ago, two teams from the Greek Archaeological Service investigated the site of Mt. Lykaion, thought to be the birthplace of the god Zeus.

Archaeologists found pottery, clay figures and animal bones at an altar of the Greek god, and were able to uncover remains of numerous buildings, including the hippodrome—a stadium for horses and chariot teams—an athletic stadium and bathhouse.

But a more recent excavation has uncovered evidence that could change how researchers understand the history of the cult of Zeus. That’s beacause a research team has found pottery remains and evidence of activity from an ash alter they believe was used as early as 3,000 BCE—about 1,000 years before Greeks began worshipping the god Zeus.

“That’s why we’re so excited,” says David Gilman Romano, a senior research scientist in the Penn Museum’s Mediterranean Section and one of the Mt. Lykaion site’s co-directors. “We didn’t realize that we would be finding things this early.”

Romano and the team don’t know exactly how the altar was used prior to worship of Zeus and if it was used in connection with natural phenomena such as wind, rain, light or earthquakes. The findings, Romano says, “have created so many new ideas that we’re still recovering from it.”

Among the items uncovered at the altar was an Arcadian League silver stater (pictured above) and a Late Minoan rock crystal seal bearing an image of a bull. This latter finding suggests an early connection between the Minoan isle of Crete and Arcadia—the Greek region that is home to Mt. Lykaion.

Centuries ago, people made a harrowing pilgrimage to this festival center, which held athletic games, much like the site of Olympus located only 22 miles away. Arcadia, explains Romano, is believed to be the earliest settlement of mainland Greece. “[Researchers] always thought the essence of Greek religion comes from Arcadia.”

Romano notes some similarities between the sites of Olympus and Mt. Lykaion—both have ash altars and ancient athletic games. “There may have been some imitation of one site,” he says. “We rather think we had the first one.”

The remote mountainous site has long been considered an important pan-Hellenic sanctuary site but wasn’t fully explored until Romano did a comprehensive topographical and architectural survey in 1996.

In the current project, which began in 2004 (excavations began in 2006), researchers have used digital cartography, geographic information systems, geophysical ground and geological surveys and remote sensing to uncover the site’s buried past.

In the summer of 2007, 47 people from Greece, the University of Arizona and Penn dug 17 trenches, one of which held the pottery remains indicating activity at Mt. Lykaion as early as 3,000 BCE. Key to the project’s success, says Romano, is the collaborative nature of the work. “[We made sure] to collaborate with our Greek colleagues on everything and not just have a one-sided project,” he says.

Romano got in touch with several colleagues to aid in the excavation of the large site, including co-director Michalis Petropoulos, chief of the archaeological region, and Mary Voyatzis C’78, a University of Arizona classics professor whose father just happened to be born in the tiny village close to Mt. Lykaion. “They consider her to be a local,” Romano says.

This summer, Romano will return to the site with Penn students for more excavation, where he hopes to gain a better understanding of the building plans and expand the first trench in a number of directions.

Getting to the mountainous site will be much easier, due to the construction of a new road. When Romano visited the site in 1977 for his dissertation, he had to hike three hours with his then-fiancé and friend to reach the ruins.

Despite Mt. Lykaion’s remote location, Romano knew he’d be back. “It was so beautiful and so quiet,” he says. “I wanted to come back here and work here.”