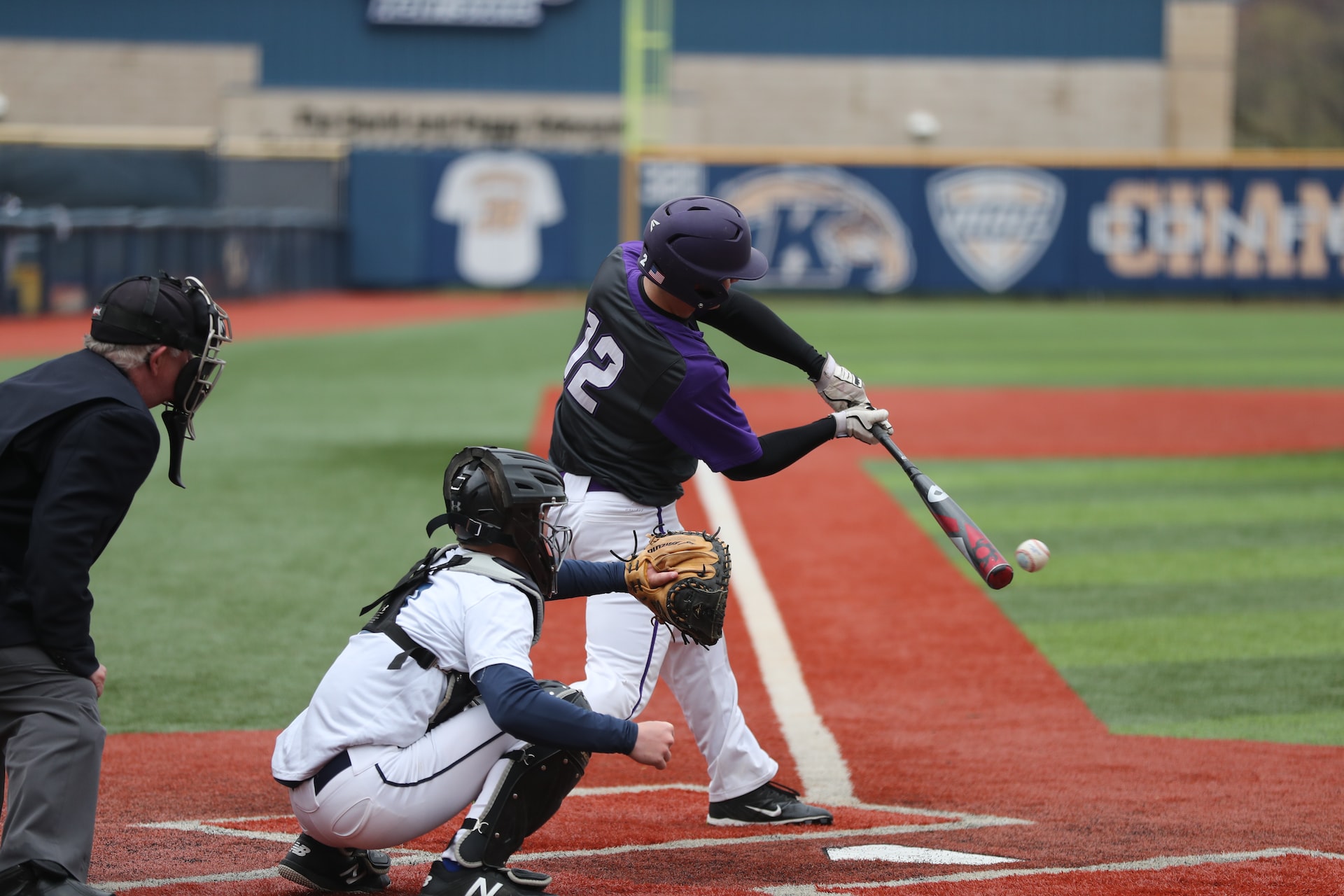 The oldest baseball park in the major leagues hits 100 Friday by having the oldest living member of baseball’s “Hall of Fame,” Bobby Doerr, attending the April 20th celebration.

The Boston Red Sox are “flying Bobby out to Fenway Park for the big event,” explained Doerr’s close friend and spokesman John, who owns A & J Sports cards here in Eugene where Doerr’s Red Sox’s memorabilia deck the walls.

“Bobby signed the photo simply ‘Fenway Park’ when he turned 94 a few weeks ago. Bobby signed the photo because everyone knows the importance of where the Red Sox’s play ball now that its turning 100,” explained John during a recent April 12 interview that also revealed how Doerr will be the special guest of the Red Sox’s when the team and fans honor the legendary Fenway Park on Friday.

Most longtime Red Sox’s fans remember how Bobby Doerr enjoyed a close friendship with teammates Ted Williams, Dom DiMaggio and Johnny Pesky, which was chronicled in David Halberstam’s book “The Teammates” that highlighted their “magic at Fenway.”

Also, Boston Red Sox’s fans may recall that Doerr represented his “teammates” of that bygone era back in 2004 when this oldest living Hall of Famer attended the Fenway celebration when his Red Sox’s lifted Babe Ruth’s 86-year-curse and won the World Series.

Today, Doerr lives quietly outside Eugene in the Junction City community where he’s “just as much a local hero as he is back in Boston,” explained his friend John who used to accompany Doerr to The National Baseball Hall of Fame and Museum in Cooperstown, New York, where “Bobby put on fly fishing clinics from his skill on Oregon’s Rogue River,” explained John; while also noting how Doerr was inducted into the Hall of Fame back in 1986.

For fans of the Boston Red Sox, baseball isn’t just a game – its fate, explained a CBS Sunday Morning report about the “diamond of ballparks” called Fenway during an April 15 report. “I was born a Red Sox fan,” said Amy Olsen. “You have no choice.”

The Sunday Morning report also noted how baseball is “a consuming passion with soaring highs and searing lows, 86 years of them – a curse cast on the team, fans believe, for selling Babe Ruth to the Yankees in 1920.

And then, in 2004, the Sox won it all. A curse lifted – and jubilation. It was the beginning of a new chapter in the saga that has played out year after year at Fenway Park – as idiosyncratic and storied as the team that plays there.”

“It is a living room, it’s a backyard. It is a temple. It is all those things,” said Boston Red Sox promoter Janice Page; while CBS News Sunday Morning also noted: The “lyric little bandbox of a ballpark,” as John Updike called it, celebrates its 100th birthday on Friday.

“We’re sort of scrunched in here into what was reclaimed swampland,” explained Page, who is editor of “Fenway Park: A Salute to the Coolest, Cruelest, and Longest-Running Major League Baseball Stadium in America.”

“Your first impulse is usually sort of, ‘Oh my God, this is beautiful, and amazing!'” Page added. “And your second impulse is, I think for most people – which kind of collides with it – is, ‘It’s so small!’ It’s both majestic and tiny.”

“I feel like I’m walking into a place where things happen,” said Boston Globe columnist Dan Shaughnessy. “Something special may happen today. Babe Ruth played there, Ted Williams and Bobby Doerr played there.”

Fenway Is An Unusual Ballpark

In turn, Sunday Morning noted how Fenway owes its irregular shape to Boston’s famously crooked streets; while one fan explained how “There was concerns about balls going over the wall, breaking windows, and causing problems out on the street.”

But Fenway Park wasn’t always the object of so much adulation. In 1999 it came within a whisper of a wrecking ball. New owners swooped in and saved it.

“The prevailing wisdom was that Fenway Park was a relic, it was from another era. But we saw its charm, its history,” said Red Sox president Larry Lucchino. He also built Baltimore’s Camden Yards in 1992, a ball park inspired by Fenway.

“Here we had an old-fashioned ball park and we sort of reversed it,” Lucchino said. “We had the real deal already. And now we had to modernize it a little bit to make it more comfortable.”

And you MUST call it a “ball park.”

“Oh yes!” Lucchino told Sunday Morning. “We don’t allow people to use the S-word. We fine people $5 if they use the word ‘stadium.'”

Bobby Doerr is still called “the silent captain of baseball” now at age 94, and the nation’s oldest Hall of Famer.

“If you ever fun into Bobby, ask him to show you his scouting report from 1936, because it’s signed by Ty Cobb,” exclaims John the owner of Eugene’s famed A & J Sports Cards where this reporter had the honor to interview Doerr a few years ago.

“Bobby. He’s my hero. I just can’t say enough how great the guy is,” says John, who serves as Doerr’s spokesperson after traveling with Doerr for many years, including back to his baseball roots at the National Baseball Hall of Fame and Museum in Cooperstown, New York.

“During those Cooperstown visits, Bobby would put on fly fishing clinics for the kids at Cooperstown. Of course, he would always go to Red Sox games up in Boston and the fans would sure show their love of the man and it always seemed to water his eyes,” explains John who also pointed out that it was Bobby’s close friend Ted Williams who dubbed Doerr “the silent captain of the Red Sox.”

Doerr played his entire 14-year baseball career for the Boston Red Sox – between 1937 and 1951 – and, in fact, John and other fans of his in the Junction City and Eugene area commissioned a special quilt that includes both his playing years and his induction into the Baseball Hall of Fame in 1986.

Doerr is also called a “baseball player’s player” because he knows the game so well, added John when pointing to photo after photo of Doerr with the who’s who of baseball.

Doerr was born on April 7, 1918, in Los Angeles but moved to Junction City in the 1950’s and has since called it his home. During an interview on the occasion of his 90th birthday four years ago, Doerr talked to this reporter about his love of baseball, but his focus was mainly on his old friends who are now passed.

For instance, Doerr likes to recall the year 1938 when he became a regular in a powerful Boston Red Sox lineup that included his soon to be best friends, Jimmie Foxx, Joe Cronin and Dom DiMaggio.

A year later, in 1939, Doerr took a shine to the rookie Ted Williams. It was not long before the two friends began a string of 12 consecutive seasons with 10 or more home runs and 73 or more runs batted in,” states baseball library.com.

Reminding Doerr of such days – when a former Red Sox player named Babe Ruth would stop by to say hi – just made Doerr laugh as he recalled: “That was Babe Ruth. He was even larger than life back then. It now seems so long ago.”

For example, Doerr produced a copy of his 1936 scouting report signed by one of the greatest batters baseball has seen, Tyrus Raymond Cobb of the Tigers who was often pitted against George Babe Ruth of the Red Sox before Doerr played in the late 1930’s.

“Oh, Ty Cobb was something to behold,” explained Doerr in an interview with a wonderful sense of going home. “I remember telling him — when he scouted me when I played for the Pacific Coast league – that he was some ballplayer. I was a kid, 16, and he was Ty Cobb, I couldn’t believe it.”

Doerr went on to explain that he admired Cobb because he was “no powder-puff singles hitter.” In fact, Cobb led the league in slugging average eight times in the dead ball era.

“Cobb was the first man elected to the Hall of Fame in 1936 the same year he scouted me, and a year before I started playing for the Red Sox,” Doerr added with a sigh louder than the crowd of fans before him asking for autographs.

Doerr, for one, always obliged a fan’s request to autograph a sports card, baseball or bat. “They’re fans, and that’s part of my job,” he said with a big grin.

Fans of Doerr’s says his mighty hitting, his homeric smashes, and his skill at second base still kindles a glow in the hearts and minds of both Red Sox and local Junction City baseball fans.

After all, Doerr led the American League as a second basemen in double plays five times, trying a league record, in putouts and field percentage four times each, and in assists three times, states an overview of Doerr’s career at the Baseball Hall of Fame where his image stands out as one of the great Hall of Famers.

“I recall Bobby Doerr held the major league record for career fielding, and just being a great guy on and off the field,” stated the late Ted Williams in an interview.

According to BaseballLibrary.com, Doerr also played in eight All Star games. During his career his chief rivals in all-round second base play were the fading Charlie Gehringer of the Tigers and Joe Gordon of the Yankees.

“Returning from military service, Doerr helped the Red Sox land the 1946 pennant by batting .271 with 18 homers and 116 RBI. In the World Series that year, Doerr batted .406 with a homer and three RBI to pace the Red Sox in their losing seven-game struggle with the Cardinals,” stated a BaseballLibrary.com report that also noted how “after retiring after the 1951 season, Doerr later served the Red Sox as a coach and was still active as a coach with the 1980 Toronto Blue Jays.

During an interview, Doerr said: “It seems like yesterday when I swung this bat for the (Boston) Red Sox. It was my ‘wonderboy’ bat I guess.”

In turn, Doerr said in a soft voice – when he shared both his bat and lots of memories with this reporter as if they were something sacred and special – that “baseball has been real good to me.”

Also, most fans will agree that Bobby and his bat are very special indeed because they belong to something “out of time.”

Moreover, those who love the game relate it’s “deep, mystifying, surreal meaning of baseball in a time of fast everything.”

“Baseball is a game out of time,” states a special cover story in a recent edition of Sports Illustrated that goes on to explain that “this is the sport’s defining quality, its badge of honor. The people who love baseball – the poets, the stat geeks, the bleacher bums, the second-guessers, the former pitchers, the collectors — we love baseball for its timelessness.”

It is a game without a clock, adds Bobby Doerr, who also once said his love of baseball “certainly has a lot to do with Fenway Park,” and now he’s set to return at age 94 for Fenway’s 100th birthday on April 20.

Also, this “diamond is 100” event on Friday features Doerr and his Boston Red Sox facing the New York Yankees, just as they did on “Opening Day” in 1912 when the Sox came out the victors.

Image source of a special Boston Public Library photo from 1940 that was printed for Boston Red Sox legend Bobby Doerr who signed it recently on his 94th birthday with simply “Fenway Park,” marking the 100th birthday on April 20, 2012.