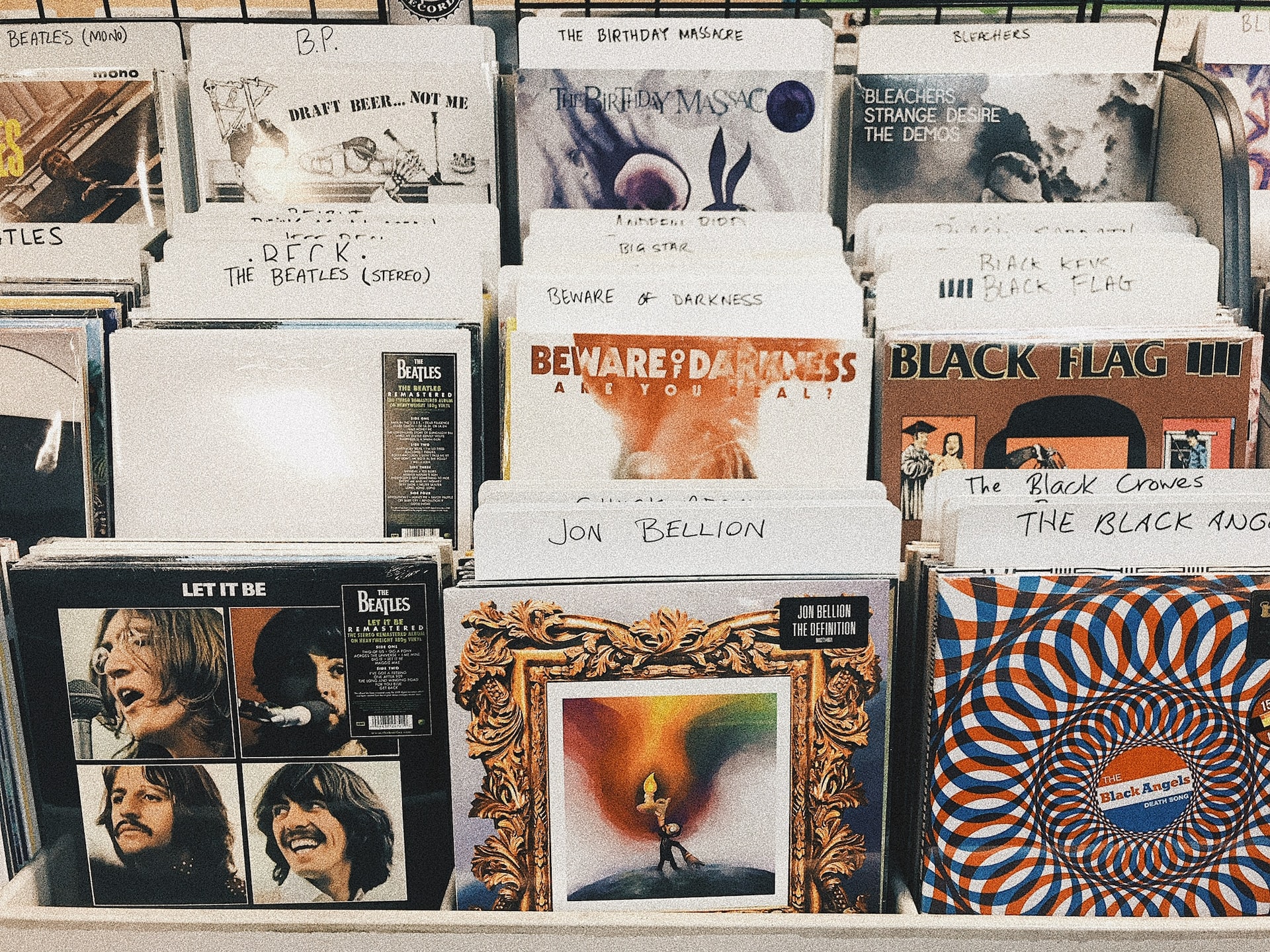 What has become apparent in the decade since his death, writes George Harrison’s widow, Olivia, “is the uncanny symmetry of George’s life – a life lived to the fullest,” and how we can also accomplish the same in our own death.

George Harrison died at age 58 on Nov. 29, 2001 after a long battle with cancer. In turn, it is now revealed by his widow, Olivia, that what George did, both mentally and physically to prepare for his death, can also help others waiting for God in hospice care.

In turn, Olivia Harrison explains that prior to this Beatle’s death, he prepared for his passing by “getting up early, going to bed early, taking care of himself and having some sort of spiritual quality to his life.

”In turn, a hospice expert here in Eugene, Oregon, notes how George Harrison was a model “when it comes to that final exit from one’s life.” Also, hospice worker Brenda told Huliq during a recent interview that watching the recent Martin Scorsese documentary about George Harrison’s life – that’s titled after Olivia Harrison book of the same name, “George Harrison: Living in the Material World” – that she’s “learned a lot about the power of the human spirit,” and that’s it’s especially enlightening coming from her “favorite Beatle.”

The hospice care that George Harrison received was at a private location owned by his friend Sir Paul McCartney. Hospice is described by local Eugene worker Brenda as a “type of care that has its own philosophy for those terminally ill patients.”

In turn, Brenda explains that the concept of hospice has been evolving since the 11th century, when those ready to die wanted to be at peace so they could work on the physical, emotional and spiritual nature of death with family and friends nearby.

Olivia Harrison writes in her book that George wanted to go into hospice to embrace his dying, and not run from it.

It was 10 years ago on April 6, 1992, that George Harrison held his final benefit concert; while knowing that living in a material world would soon end for him, states the new book “George Harrison: Living in the Material World” by Olivia Harrison that accompanies a new documentary about the late Beatle’s life by Martin Scorsese.

What’s also interesting about Harrison’s final gig for the “Natural Law Party” at the Royal Albert Hall some 10 years ago on April 6, 1992, was it was both his first London performance in 23 years, and his last.

Also, George Harrison’s fans and his guitar gently wept last winter on 10th anniversary of the Beatle’s passing. For instance, the new book by Olivia Harrison notes how George asked fellow Beatles John Lennon and Paul McCartney to help him with his famous tune “While My Guitar Gently Weeps.”

“I look at you all see the love there that’s sleeping, while my guitar gently weeps… I don’t know why, nobody told you, how to unfold your love. I don’t know how, someone controlled you. They bought and sold you. I look at the world and I notice it’s turning, while my guitar gently weeps,” sang George Harrison with Beatle mates John, Paul and Ringo back in the day when they were The Beatles.

Harrison was an English musician, guitarist, singer-songwriter, actor and film producer who’s now best known as the lead guitarist for The Beatles and later as the founding member of the “Traveling Wilburys.” Harrison died of lung cancer that spread to his brain. His wife Olivia Harrison said “George was at peace and ready. There was a great light in the room when he passed.”

During his final years, when George Harrison knew his time on Earth was not long due to an ongoing battle with brain cancer, his wife Olivia explains – in the new book that accompanies the recent documentary by Martin Scorsese – how George was “at odds with himself, but who isn’t?”

In turn, Olivia writes: “In that respect – ‘living proof of all life’s contradictions,’ as he put it – he resembles most of us. We recognize him as a kindred soul in his contradictions, and though his life was lived on a vast scale, he was unusually truthful, and in his songs much more explicit than we dare to be.

He made it his mission to explore his contradictions in his own way, through his music. He was himself the dark and the light, the flames and the ashes. To make music that mattered over the years, to bring renewal with each work, he seemed determined to burn out one self after another.”

“Every time I see anything to do with George it brings back more memories than you would believe,” former bandmate Paul McCartney said on the red carpet before the premiere last winter of the film “George Harrison: Living in the Material World” that’s based on an extensive archive of video footage, photos and personal effects to which Olivia Harrison gave director Martin Scorsese access.

The documentary and book also features interviews with her, as well as with former Beatles McCartney and Ringo Starr and others who knew Harrison. The documentary premiered late last year on HBO, and is now out on DVD.

Harrison Taught Beatle Fans That ‘All Things Must Pass’

George Harrison said many times in both his books and interviews that the goal is to be “in the world, but not of the world,” because this “material world” can bring you down.
Harrison believed in an examined life, and asked people if their next actions were contributing to “others” with both kindness and love.

Harrison also shunned those who were unkind, and were only out to make money or gain power. In turn, Harrison didn’t dwell on getting more wealth or fame, says his widow, “because he had karma to work out.”

Olivia Harrison also goes on record in her book as saying how George “wasn’t going to come back and be bad. He was going to be good and bad and loving and angry and everything at once.

You know, if someone said to you, ‘Okay, you can go through your life and you can have everything in five lifetimes, or you can have a really intense one and have it in one, and then you go and be liberated,’ George would have said, ‘Give me the one, I’m not coming back here.’”

The late Beatle’s wife also thinks “there’s a stark difference between ‘contradiction’ and ‘confusion.’ He wasn’t confused; had he been he would have found it impossible to search and learn with such clear-sightedness.

His friend and mentor Ravi Shankar said that George exhibited ‘tyagi,’ a Sanskrit term for a feeling of nonattachment or renunciation. Ravi wondered how this aspect of enlightenment could have come so clearly to a worldly lad from Liverpool.

It doesn’t seem odd to me that this thoughtful man came to feel the sense of freedom bordering on exultation that mendicants experience in nonattachment. But it is notable, and noble, quality in a rock star to practice it, as George did. “

George Harrison is listed at number 21 in Rolling Stone magazine’s list of “100 Greatest Guitarists of All Time.” Although fans know that most of the Beatles’ tunes were written by Lennon and McCartney, Harrison wrote some great songs, including “Here Comes the Sun.” “Something,” “While My Guitar Gently Weeps,” and – after the Beatles break-up – released the triple album “All Things Must Pass” in 1970.

Harrison Tried To Get Away From The “Madness Of The World”

“It’s fascinating to me that it manifested itself as hope, and nurturing,” Scorsese said in the marketing promotion for Living in a Material World. “Whatever problems he had, he was still out there, doing the gardening himself.

Maybe it’s meditation. It helped to cut away the madness of the world around him. It fascinates me to think that he creates music like this and … he gardens! And he does everything in between. It gives him a different way of looking at life. The reality of it is that it’s a way of finding some peace with yourself.”

“I don’t think he ever overcame the doubt or the testing of himself,” Scorsese said. “I think he felt there was always something to push, and go further. He said, ‘It doesn’t matter—we’re all above that’—but it does affect, even if it affects in the sense that it makes you stronger in your pursuit.”

I mentioned how in many of his most extreme situations George was actually faced with the ultimate reality, the fact of his own mortality. Far from defeating him, that solemnity intensified his spiritual sense.

“The two great crises in his life were his being attacked by a knife-wielding madman who broke into his house, and his being diagnosed with cancer. I believe his son, Dhani, is right in seeing a link between the two traumas.

The first was a vicious 3 a.m. assault by a murder-obsessed and crazed intruder, who stabbed George repeatedly, while Olivia counterattacked with an iron poker and then a lamp, helping the badly bleeding George fight off the madman.

Olivia, vividly recalling the episode in the film, is a voice-over to a mug shot of the madman’s face, battered to a pulp by Olivia and bristling with sutures. ‘Aren’t you glad you married a Mexican girl?’ Tom Petty wrote to George afterward.

“In the same nurturing way, Olivia saw George through his intensive cancer treatments until his death now 11 years ago. His near-death experience made him more of a yogi; heightened his harmonies, informed his music. He chanted mantras until he was in a trance state,” Olivia wrote.

Reflecting on these crises, Scorsese wonders, “Is there any plan for our lives? No, there may not be. Maybe we are, ourselves—maybe we make the plan. We act out. We make our own meaning. And when the time comes, the man will come in and take you away.”

Also, Olivia Harrison writes in her new tribute book about George that “we all feel that we could do a bit better in our lives; in the secret history of this imaginative soul, George was active in pursuing this path” right until his death; while George believed that all of us can also exit this life in peace, love and happiness.