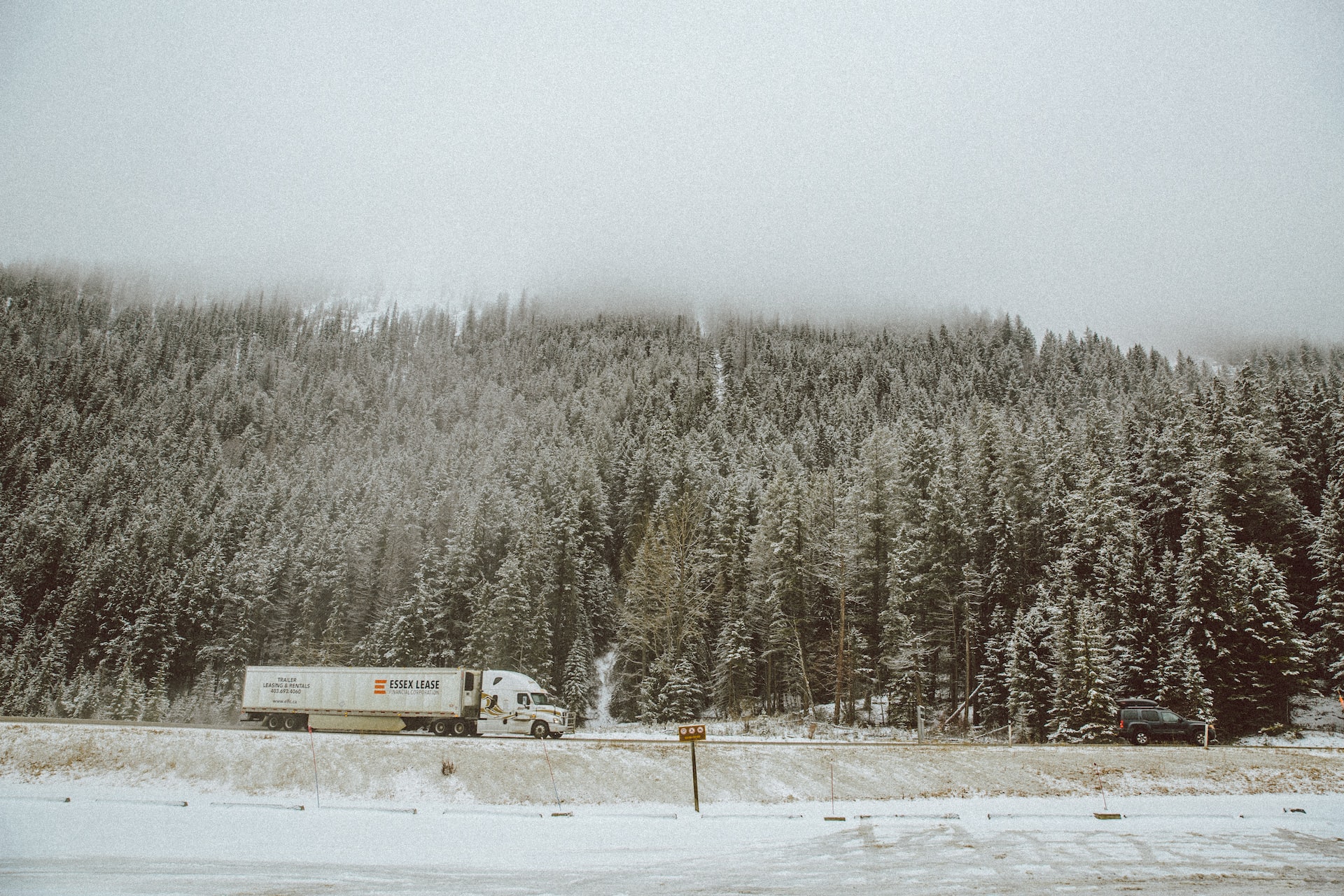 When Rick Yemm was in South America, filming the History Channel Ice Road Truckers spin-off reality television series, IRT: Deadliest Roads, he says the producers tried to get him and Dave Redmon fighting from the beginning.

“They tried getting a fight going with me and Dave right off the start. I’m a scrapper, he’s a scrapper, we both have the exact same personality, so that’s a perfect thing to get a fight going. Fortunately, Dave’s smarter than the average bear, and so am I. So, when they put us together, we didn’t do anything.”

Production did it’s very best to get things going between them, though, Yemm says.

“I was nervous and so was he. They’re telling us I hate him, he hates me, blah, blah, blah. That’s what these guys do. They manipulate everything around a situation to try and make it happen.”

Lisa In India Was A Different Story

“When we were in Bolivia, I left because she refused to drive. We’re going down a road called the Death Road. There was no misconception of what you signed up to do, but when she gets there, she doesn’t have to drive, and I’m told I have to.

We found out that she wasn’t driving 90% of the time. Every time it got dangerous, she wouldn’t drive. Yet, I can’t drive as good as she does. I’ve been doing this crazy driving here and heavy routes for 17 years,” Yemm points out.

“I was the only one that went to India without any incident. No accident, not a rub, not a dent, nothing. Did they put that on TV? No, ‘cause that’s not my character. I cannot be the best in the business.”

“Let’s see, without production manipulation, who are the better drivers: Seasoned drivers, like myself and Dave, or show-made drivers, like Lisa and G.W. They are show-made people.”

Although he concedes Lisa is the superstar of North America, Yemm says his fan base eclipses hers in other areas of the world.

“I carry a pretty strong European fan base, which is the reason why they haven’t totally put me down,” Yemm explains. “Europeans really like the fact that, well, they’re kind of a beaten society.

They WANT to tell their boss to f-off; I TELL my boss to f-off. I appeal to them for the fact that I do everything they want to do that they won’t. And, that’s why I’m so popular over there, not so much in North America. That’s why they haven’t completely put me down the wrong path.”

In The UK, Rick Is Also Very Popular

“I went over in 2009, and the History Channel did everything they could to stop it, because I’m not what they want. But, it’s funny, because I’m really popular there, and Lisa doesn’t go over well.

I’m the guy that when I’m done with the show, I’ll go have some beers with the truckers afterwards. Why? Because I’m a worker. Those are the guys I talk to and have a good time with. It’s not about the show and signing autographs; it’s about me hanging out with the people that are like ME.

And, they say, ‘Oh, you’re NOTHING like they say you are on TV!’ I say, ‘No, I’m a little like that, but … (shrugs).’ Then, when they meet Lisa, it’s the exact opposite. They think she’s really nice, and she’ll be the one that will sit and talk to you. Then, she’s the one who won’t take her earphones out at a promotional thing.

So, more and more of this ‘reality TV’ thing is being exposed. We’re characters. That’s it.”

All of the drivers in the show are trucking for the show in each episode, not themselves, he adds.

“That’s what TV is all about. We’re a show. We’re not trucking to truck. We’re there to make a TV show. We don’t run hard anymore. They’ve taken the part of us getting paid as truck drivers out, and now we just get paid a production fee.

So, do you really think that Hugh runs like hell? No—they give us the same amount of money. You take the carrot away, no one’s gonna chase it anymore.”

About The Real Truck Driving Industry

Real trucking, he says, is extremely difficult work, with little respect for the drivers from anyone, which is one of the main reasons he prefers carpet cleaning over trucking.

The attitude toward truck drivers, even at places that deliver, it’s not good. Truck driving is a terrible, terrible industry. I like to drive. I don’t like being away from home.

I’m not cut out to do that kind of work. There are guys out there that do it and I have a lot of respect for what they do because I’ve seen it and it’s not good. But, on the show, it just says that I hate truck driving.”

“Lane gets a proof [from Thom Beers Original Productions] of what the show is,” Yemm says simply.

Stay tuned for the third and final part of this exclusive three-part interview with Rick Yemm on Monday morning and find out why, surprisingly, he actually does not dislike Ice Road Truckers, and why he keeps going back season after season.

Ice Road Truckers airs on the History Channel on Sundays at 9/8c.