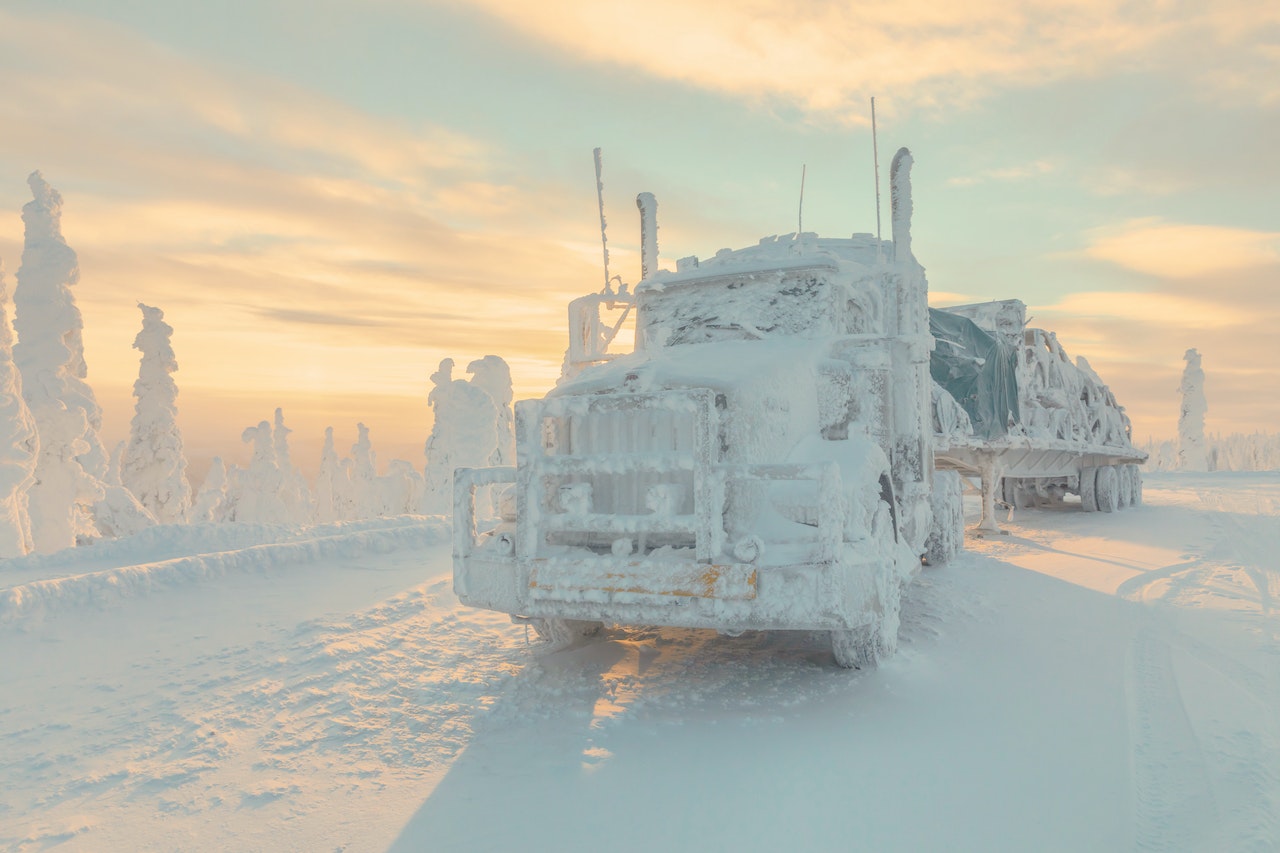 Season Five of Ice Road Truckers came to an end on Sunday, Sept. 25—how did the team finish, particularly rookies Dave and Maya?

The History Channel’s popular Ice Road Truckers wrapped up the season last night as the ice roads melted and closed until next winter. Fans, however, are still buzzing all over the Internet about their favorite group of reality TV truckers.

Lisa Kelly, the little trucker who could—and does—came out on top of the load count in Alaska, and was elated by the accomplishment. The interesting—and inspiring—thing about Lisa that viewers seem to bond with is her unfailing willingness to meet her fears head-on until she conquers them.

Fans know she has traveled a long way on the ice road hierarchy over the seasons, and cheer her good attitude and willingness to work for her goals. It is nice, not only to see her attitude, but to see the fan support for her efforts.

Alex Debogorski persevered through broken trucks and slippery, bouncy roads to beat his rival Hugh Rowland by a load on the count total this year. Alex is definitely one of the nice guys of the road—the proverbial “Good Samaritan.”

Honestly, it seemed as if there was someone needing his assistance around every corner this season, and he never shied away from helping someone in need, no matter how annoying they were in the end. Finally beating the Polar Bear in the load count had to have felt good for Alex—fans, no doubt, who have cheered Alex on over the seasons, enjoyed it, as well.

Hugh and his constant companion this season, Rick Yemm, couldn’t end the season without yet another run-in with trouble, finding themselves stuck on the road home as the season’s hours ticked down around them.

Trouble seemed to find the two as consistently as those in need found Alex. But, as always, they were able to extract themselves from their situation and make it back to home base and a payday, ready to go home and catch a little rest—although not before cheering the end of the season with a sportsman-like toast with Alex.

And, not surprisingly, Alex didn’t seem to use the time to rub Hugh’s nose in his win over and over and over—a fact that kind of sums up the differences in their personalities.

On the rookie front, as fans learned last week, Dave Redmon, the “Angry Alabama Wild Card,” was not present for the season finale, as Carlisle cut him loose before the season ended.

Some fans were glad to see him go, citing his bad attitude and constant whining, while he seemed to have grown on a lot of fans, who thought he may have, indeed, gotten a bad deal.

One thing, regardless, is interesting: Fans of sister show IRT: Deadliest Roads may remember Dave driving in the Himalayas, and note that, overall, his attitude and “rage” were not on constant display during his time weaving over the tricky surface that few of us would actually refer to as a “road” here in the U.S. And, anyone who stuck around to watch the season premiere of IRT: Deadliest Roads following Ice Road Truckers Sunday night likely noticed the difference in the two Daves, as well.

He was, without a doubt, the level-headed, even-tempered partner in the pairing with Lisa Kelly in their introduction to the “Death Road” in South America. Dave has, whatever one’s opinion of him, shown himself to be an accomplished trucker, and the differences in his Ice Road Truckers attitude and his IRT: Deadliest Roads personas begs the obvious question: Was Dave actually a victim of reality TV editing?

Speaking of reality TV show editing, one has to raise the same question with rookie driver Maya Sieber. For many fans, she was whiny, annoying, and underskilled for the position of ice road trucker.

Her time in the hot springs at the beginning of the season and her constant exclamations of “Oh no!” gave the impression that Maya was, in fact, less than competent as a driver on any road, much less a dangerous road such as the Dalton. It didn’t help that the History Channel had touted her as a tough NYC driver so dedicated to trucking, she got a “Kenworth” tattoo on her neck.

But, unfortunately, all viewers really saw of Maya was silliness, referring to her truck as “cute;” appearing in a bikini in the middle of the winter months in Alaska while everyone else was shown in full-winter regalia; and seeming to be more worried about getting her hands dirty or breaking a nail than learning to work on her truck.

As the season progressed, she did seem to show a willingness to persevere, and, although admitting to being terrified with almost every episode, she did not give up on herself. So, it is worth considering that Maya, too, may have been a victim of editors’ visions of a character to contrast with the hard-working, determined, do-it-herself Lisa.

Wrapping up this season’s cast was Tony Molesky. Tony himself did not add a lot to the show, really, but, as the resident suck-up to management, he was a good foil for Dave, and a great way to create tension for the show—any successful reality show must have tension, after all.

For those wanting more driving challenges, The History Channel’s IRT: Deadliest Roads kicked off Season Two last night, following the season finale of Ice Road Truckers, and features Dave, Hugh, Rick, Lisa and two new drivers–although, according to teasers, two drivers may be giving up the challenge and heading home in the very near future.

Donald Trump’s Net Worth Goes Up, But World’s Richest Ranking Goes Down