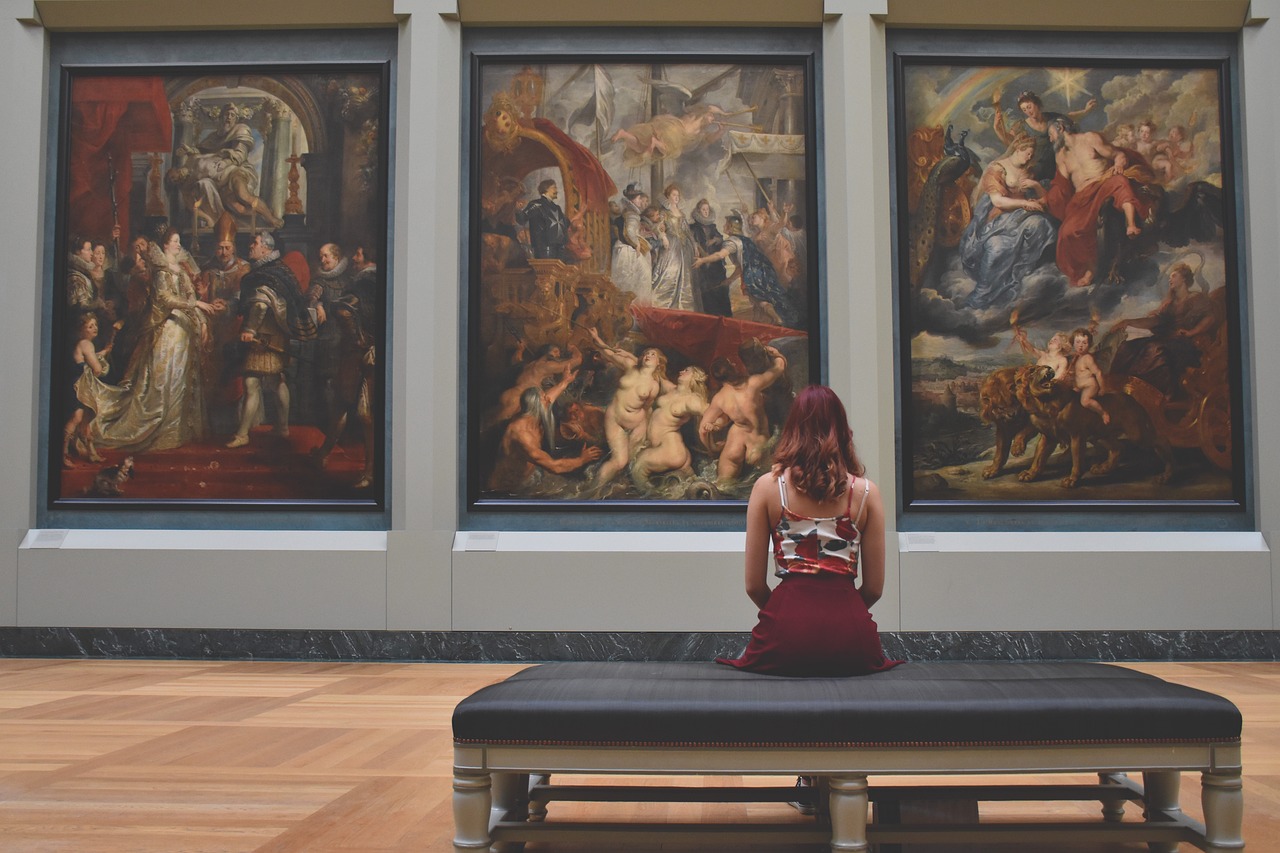 Michelangelo’s painting of The Torment of Saint Anthony, described by his earliest biographers, has been acquired by the Kimbell Art Museum of Fort Worth, Texas. Its purchase was announced Wednesday, May 13, 2009, by the Kimbell’s newly appointed director, Dr. Eric McCauley Lee.

Executed in oil and tempera on a wooden panel, The Torment of Saint Anthony is the first painting by Michelangelo Buonarroti (1475–1564) to enter an American collection, and one of only four known easel paintings generally believed to come from his hand.

The others are the Doni Tondo in Florence’s Uffizi Gallery and two unfinished paintings in London’s National Gallery, The Manchester Madonna and The Entombment.

Dr. Lee commented, “The acquisition of this rediscovered work from the very beginnings of Michelangelo’s artistic career offers an extraordinary opportunity to advance the understanding of European art.”

Kay Fortson, president of the Kimbell Art Foundation’s board of directors, said, “This is an outstanding acquisition for the Kimbell. Michelangelo’s rare painting will be a beacon in the Museum’s already distinguished collection.”

According to Michelangelo’s biographer and former student, Ascanio Condivi, whose information came directly from the artist, the young Michelangelo was granted access to some of the prints and drawings in the workshop of Domenico Ghirlandaio.

Of these, we are told, one particularly attracted his attention: an engraving by the 15th-century German master Martin Schongauer of The Temptation of Saint Anthony. Michelangelo reportedly took this engraving and, in an effort to try his hand at painting, produced a mesmerizing rendition of it on a wooden panel.

Condivi also provides the curious detail that while Michelangelo was working on the painting, he visited the local fishmarket in order to learn how to paint fish scales—a feature missing from the engraving. When the painting was finally unveiled, it apparently elicited a good deal of admiration, and even Ghirlandaio is said to have been taken aback.

Future writers were equally admiring of the Saint Anthony. It figures prominently in Giorgio Vasari’s laudatory accounts of Michelangelo’s life (the first from 1550; the second from 1568), and Benedetto Varchi also mentions the story of the painting in his funeral oration for Michelangelo in 1564.

The Torment of Saint Anthony, measuring 18½ by 13¼ inches (47 by 35 centimeters), was sold at auction in London in July 2008 and has since undergone conservation and technical research at The Metropolitan Museum of Art in New York, where it will be the subject of a summer focus exhibition.

The painting had been known to scholars for many decades, but until its recent cleaning, discolored varnishes and disfiguring overpaints had prevented a full appreciation of its masterful execution, which is rich in colors and lively brushwork.

In his analysis of the painting, Dr. Keith Christiansen, the Jayne Wrightsman Curator of European Paintings at the Metropolitan Museum, concludes: “The case for this panel being the one described by Condivi is exceptionally strong . . . and given what we know, the burden of proof that it is NOT the picture described by Condivi is with those who would deny it.

”Dr. Everett Fahy, the Sir John Pope-Hennessy Chairman of the Department of European Paintings at the Metropolitan Museum, is also in complete agreement. He has known this work since 1960 and always promoted its attribution to Michelangelo. His views—along with those of Dr. Christiansen—will be published in forthcoming articles on the painting.

While being cleaned, the painting also underwent a technical study, which fully supported the attribution. It became evident that Michelangelo had elaborated on the composition, and it is now possible through the aid of infrared reflectography to observe how the artist modified his German source.

See the attached technical report by Michael Gallagher, conservator of paintings at the Metropolitan Museum. “The important technical information that has come to light includes revelations of numerous pentimenti, or artist’s changes, that show Michelangelo working through his ideas in paint,” reports Claire Barry, the Kimbell’s chief conservator.

According to Dr. Edmund P. Pillsbury, former director of the Kimbell (1980–98), who endorsed the acquisition, “Michelangelo’s brush transforms the bizarre shapes and unsettling appearance of the Teutonic monsters and demons into a far more naturalistic and convincing account of the monk’s torments.

Moreover, Michelangelo’s invention of the highly poetic but symbolic landscape of fertile and arid passages joined by a distant riverscape with rolling hills roots the event in a topography resembling the Arno valley of Florence rather than the site of the actual event recorded in faraway Egypt. Michelangelo brought the torment a lot closer to home.”

The remarkably fresh and well-preserved gem, believed to have been painted in 1487–88, when Michelangelo was 12 or 13 years old, was acquired by the Kimbell Art Museum from Adam Williams Fine Art of New York for an undisclosed sum.

Following its inaugural presentation at the Metropolitan Museum, which will showcase the recent technical examination, the panel will go on public view this fall for the first time in its new home – Louis Kahn’s award-winning Kimbell Art Museum.

Born in 1475 near Florence, Michelangelo is universally acknowledged as one of the towering geniuses of the Renaissance. Already by his teenage years, he had proven himself a superlative sculptor and painter.

His contributions to the field of architecture are also renowned. Best known for his mature works such as the ceiling frescoes in the Sistine Chapel, he evolved a forceful, muscular style that gripped the imaginations of artists for decades to come.

First and foremost, Michelangelo thought himself a sculptor, and many of his works in marble are icons of Western art: his Vatican Pietà, his vigorous David in Florence, and his tragic and unfinished Rondanini Pietà. As a painter, Michelangelo was equally influential.

As The Torment of Saint Anthony proves, he was drawn to painting at an early age, and by the time of his final masterpiece, the Last Judgment, also in the Sistine Chapel, he had presided over a vast revolution in Italian painting.