Model Of Jerusalem From The Late Second Temple Era 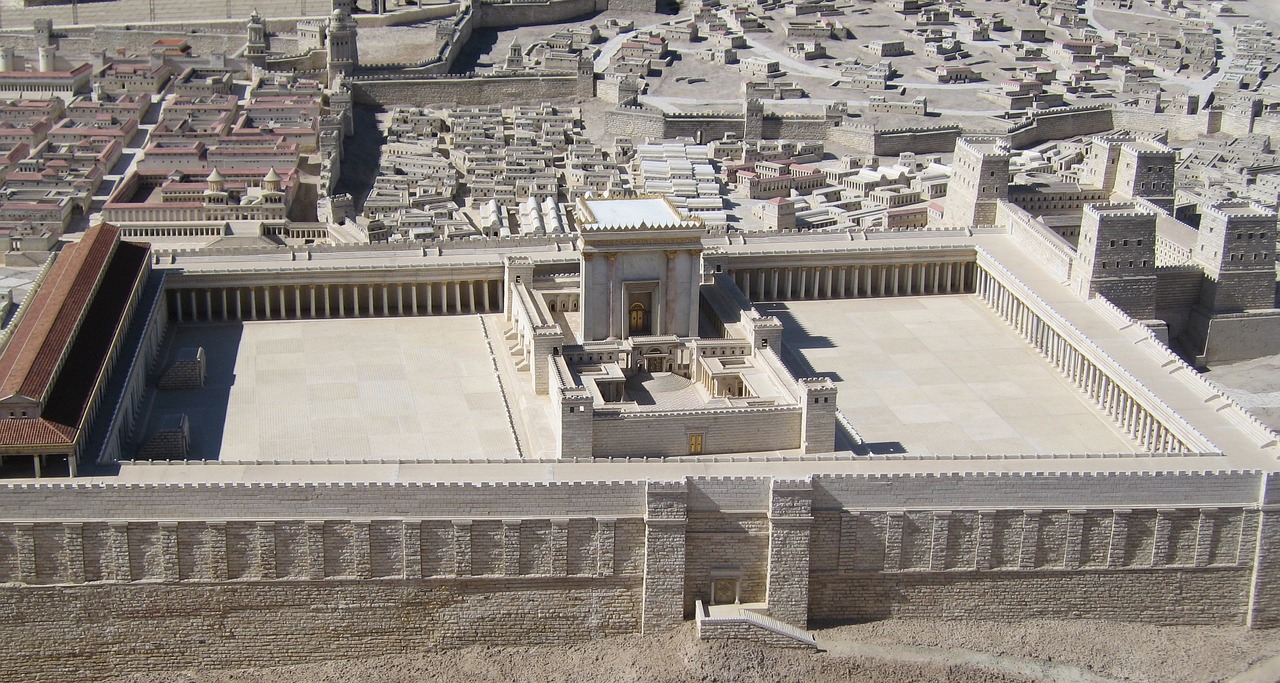 The Israel Museum announced today that it has relocated to its campus a model of ancient Jerusalem, which reconstructs the topography and architectural character of the city as it was in 66 ce, at the end of the Second Temple Era.

Originally constructed on the grounds of Jerusalem’s Holyland Hotel, this cultural landmark now becomes a permanent feature of the Museum’s twenty-acre campus, adjacent to the Shrine of the Book.

The concurrent completion and opening of the new Dorot Foundation Dead Sea Scrolls Information and Study Center, in Memory of Joy Gottesman Ungerleider, will offer students, scholars, and the general public an introduction to the Late Second Temple period and the Dead Sea Scrolls housed in the Shrine and access to related contextual research.

“Our new information and study center, the newly relocated model of Jerusalem from the Second Temple Era, and the Shrine of the Book together offer visitors the unique opportunity for a comprehensive and contextual overview of life in Jerusalem and the Land of Israel during the 1 st century,”Â stated James S. Snyder, Anne and Jerome Fisher Director of The Israel Museum, Jerusalem.

“These latest additions amplify the power of the Shrine of the Book as a central feature of the Museum’s landscape and reinforce the goal of our recently announced campus renewal plan, to transform the Museum into a cohesive experience of art, archaeology, architecture, and landscape.”

The model and study center, together with the Shrine of the Book, now offer visitors an enriching view of Jerusalem during the seminal period of the concurrent development of formative Judaism and Christianity.

The Second Temple Era model provides a three-dimensional illustration of the landscape of the city in the 1 ST century; the study center includes access to current world research on the scrolls; and the programming in its auditorium features, among other offerings, a short film dramatization illustrating aspects of the social and religious life of the time.

The Shrine itself, reopened following its complete renewal in 2004, continues to provide the singular experience of viewing first-hand the ancient Dead Sea Scrolls, written during the period illustrated by the model, together with important examples of early handwritten Biblical texts.

The Model of Jerusalem in the Late Second Temple Period: Covering nearly one acre, the model recreates Jerusalem as it was prior to 66 ce , the year in which the Great Revolt against the Romans erupted and the city and the Temple were destroyed. The model thus evokes the ancient city at its peak.

Jerusalem at that time was at its largest, extending over an area of approximately 445 acres, more than twice the size of the Old City of Jerusalem today. Standing at a scale of 1:50 meters (with two centimeters in the model representing one meter in the ancient city), this recreation of Jerusalem is constructed primarily of the same local limestone – so-called Jerusalem stone – from which the city was constructed in ancient times and continues to be constructed today.

Inaugurated publicly in 1966 – one year following the opening of the Israel Museum – the Second Temple Era model was built at the initiative of Hans Kroch, owner and developer of the Holyland Hotel, in memory of his son Jacob, who fell in Israel’s War of Independence.

The model was constructed under the direction of one of the leading experts on ancient Jerusalem, Prof. Michael Avi-Yonah of The Hebrew University of Jerusalem. Three main sources guided his reconstruction of the city as it would have appeared during the first century, including: ancient writings, especially works by the Roman Jewish historian Flavius Josephus, the Mishnah and the Talmud, and the Gospels; other ancient cities excavated throughout the region that was once part of the Roman Empire; and archaeological discoveries in Jerusalem itself.

Although the archaeological information available at the time of the model’s construction was limited, subsequent excavations in Jerusalem enhanced scholarly understanding of the ancient city and guided additional development of the model, which has been restored and further refined during its move to the Israel Museum.

While this process will continue in the future, the model is not intended primarily to demonstrate archaeological accuracy, but rather to evoke the scale, architecture, and topography of Jerusalem in the historically crucial time corresponding with the creation of the Dead Sea Scrolls.

The Project Architect for the relocation of The Second Temple Era Model is Avner Drori, Jerusalem.

Not a single facility, but rather a set of facilities integrated within the Museum’s campus area surrounding the Shrine of the Book, the center comprises an auditorium, classroom and public study facilities, and a digital library.

Special interactive multimedia programs and other educational programs, for both on-site and remote learning, will be developed to enrich visitors’ and off-site users’ understanding of the Shrine of the Book, the Dead Sea Scrolls, and the other Biblical manuscripts housed in the Shrine.

The Study Center’s 80-seat theater will be available for lectures and conferences and will feature a short narrative film for general visitors, exploring through fictional narrative aspects of Jewish identity during the Second Temple period, as seen through the eyes of a young Jerusalem priest and a teenager from Qumran, the ancient site where the Dead Sea Scrolls, now housed in the Shrine, were originally discovered.

The Project Architect for The Dorot Foundation Information and Study Center is Nahum Meltzer, Jerusalem.

The Shrine of the Book: Built in 1965, the Shrine of the Book was commissioned for the preservation and permanent display of the Dead Sea Scrolls. Its holdings include eight of the most complete Scrolls ever discovered, as well as one of the most historically important Hebrew manuscript Bibles – the Aleppo Codex from the 10 th Century ce.

It is the only permanently executed example of Kiesler’s work, designed to communicate both the physical experience of the discovery of the Dead Sea Scrolls and a metaphorical dimension of the scrolls’ content.

In 2004, through the generosity of Herta and Paul Amir, Los Angeles, and the D.S. and R.H. Gottesman Foundation, New York, the Shrine underwent a complete architectural restoration and an upgrade of all of its environmental and display systems, in order to ensure optimal conditions for the long-term preservation and display of the Scrolls and the Shrine’s other treasures.