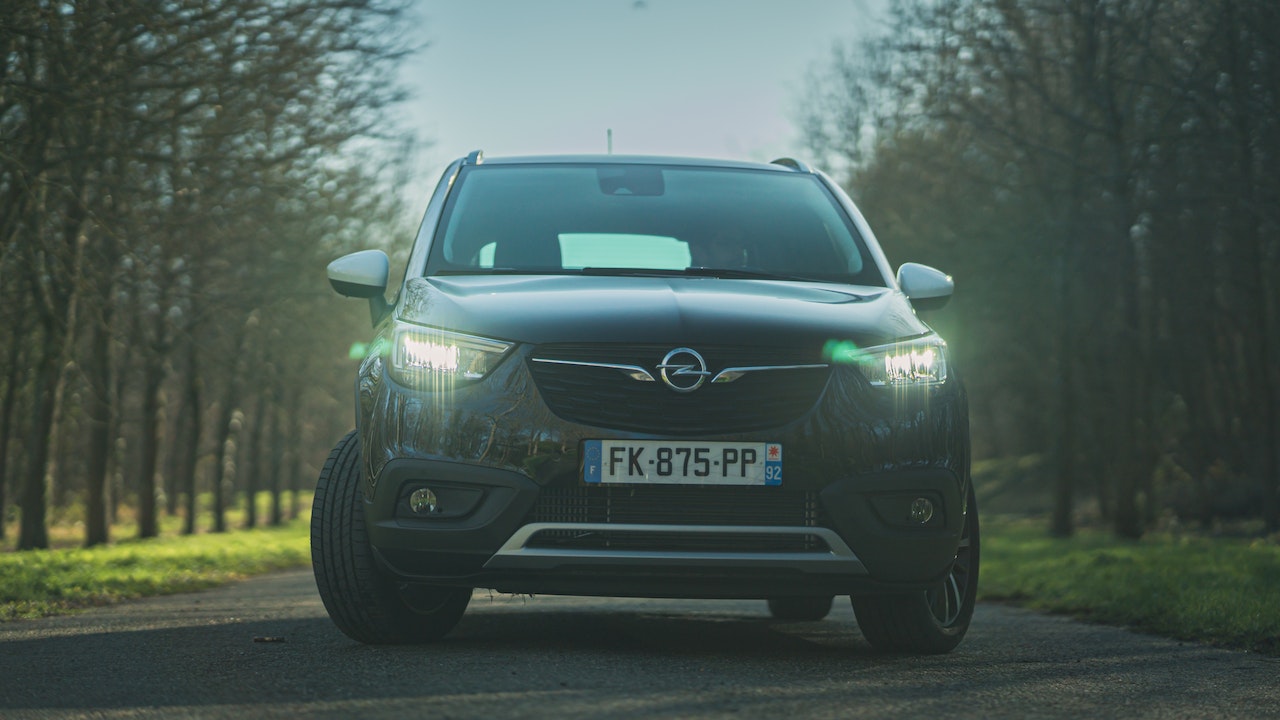 In 1982, the Opel Corsa’s global success story in Europe began when the supermini debuted in a segment that it would play a leading role in for years to come.

To date, 10 million Corsa models have been sold throughout Europe and over 18 million worldwide. However it is not just record sales that have dominated the Corsa’s 25-year career.

With the premiere of the Corsa in 1982, Opel entered new territory in many ways: a new model in a new segment for Opel, and a completely new plant for the Corsa in Spain.

The production run for the first-generation Corsa, which was built solely in Zaragoza, lasted for just over ten years. The Corsa A propelled the European supermini segment to seven percent of total European sales by the end of 1983 and to more than 10 percent by the end of 1984.

Automotive experts were quick to praise the new car, with the German automotive magazine ‘auto motor und sport’ describing its road behavior as “among the best available anywhere in this class today.” The Corsa A also broke new ground in car design and technology.

The car’s compact body and bold flared wheelarches were a real eye-catcher, and its highly economical engines were impressive for a car of that time: the entry-level 1.0-liter engine required just 6.6 liters of fuel per 100 kilometers.

In addition to reliability, passive safety was a top priority in the Corsa A, and the small car was the first in its car class to have anti-submarining ramps in the front seats. After undergoing many updates and model additions over its ten-year life, including the first GSi model in 1988 with 98 hp, production on the Corsa A ended in late 1992 with a total of 3.1 million units assembled.

The second-generation Corsa, launched in 1993, continued the success story of the ‘classless’ car. The previous model’s high levels of safety – driver and front passenger airbags became standard in 1995 – and economy were increased. In 1995, Opel unveiled the Corsa ECO3 concept car at the IAA in Frankfurt.

With an average fuel consumption of just 2.96 liters per 100 km, the extremely fuel-efficient model was awarded the innovation prize by the “ECO Tour of Europe” fuel-economy jury.

Opel launched the Corsa ECO 1.5 TD in 1997, the only model in its class to break the five-liter per 100 km fuel consumption figure. Anticipated sales volume for the Corsa B required production at various plants around the world.

So in 1993, production began in Azambuja, Portugal and Eisenach, Germany, followed a year later by São José dos Campos in Brazil. By 1996, production was also underway in Mexico, South Africa, Columbia, Ecuador, Venezuela and Argentina.

In 1998, total annual global production was in the region of one million units. The Corsa B would eventually be available in different models and versions in 75 countries around the world, including three special body variants in Central and South America: pick-up, station wagon and notchback sedan.

The completely newly developed Corsa C was launched in 2000 with a broader track and increased wheelbase, which not only gave it a firmer stance on the road, but also increased luggage compartment capacity and legroom.

The Corsa C was one of the safest cars in its class, with two front and side airbags, three-point seat belts in all five seats and Opel’s patented Pedal Release System (PRS) as standard. A more aerodynamic body and the use of lightweight materials resulted in class-leading driving performance and low fuel consumption.

The two direct-injection turbocharged diesel engines required just 4.7 liters per 100 kilometers. The top model remained the Corsa GSi, which now had a 92 kW/125 hp, 1.8-liter engine for a top speed of more than 200 km/h.

Opel also launched a new ECO version of the Corsa – the first gasoline model in its class anywhere in the world to beat the five-liter fuel consumption figure (4.9 liters per 100 km). The Corsa’s sales successes continued unabated, with models available in around 80 countries, and more than 11 million Corsas produced worldwide by 2002 – just twenty years after production had begun.

The fourth Corsa generation was launched in 2006 with a completely newly developed design. The Corsa D, whose three and five-door variants were designed individually, boasts innovations such as the rear bicycle carrier Flex-Fix, which stows away invisibly behind the rear bumper.

First unveiled at the Barcelona Motor Show in June 2007, the Corsa GSi with a 1.6-liter turbo engine and 150 hp packages subtle sportiness with an eye-catching design. The top-of-the-line model is the Corsa OPC, whose 141 kW/192 hp engine provides a top speed of 225 km/h.

Since its launch, the Corsa D has received one award after another from automotive journalists and reader polls. It was named Car of the Year 2007 in Denmark, Belgium, the United Kingdom, Ireland, Croatia, Romania, Serbia and Slovenia, and received the Autobest 2007 trophy from Central and Eastern Europe.

It led supermini segments in the United Kingdom, Switzerland and Portugal in the second quarter of 2007, and in the first half of 2007 was the top-selling supermini in Germany and top-selling car in Greece. Around 400,000 Corsa D models have been sold since its launch in October 2006.

In Spain, the Corsa’s market share in its class rises to 24 percent; European market share is over ten percent.
The 500,000th Corsa A is produced in November.

Corsa 1.3i (with Germany’s smallest fuel-injection engine) is the first car in its class to have standard exhaust emission control by closed-loop, three-way catalytic converter.

First production record: one million Corsa A models from Zaragoza.

First Corsa ECO generation has an average fuel consumption of only 6.1 liters per
100 kilometers – the most economical in Europe.

3.1 millionth Corsa A leaves assembly lines in Zaragoza, Spain.
Before the end of the year, plants in Azambuja (Portugal) and Eisenach (Germany) also start to produce Corsa B. Although deliveries of new model did not commence until spring, 386,000 were built by the end of first year.

At the end of 1995, the plant in Ramos Arizpe, Mexico, also begins to build the Chevrolet Corsa; annual output increases to 796,000 units.

All Opel Corsa models now have driver and front passenger airbags as standard.
The Opel Corsa ECO3, the first road-going ‘three-liter’ concept car in the world, has its world premiere at the IAA Motor Show.

The Corsa ECO3 prototype completes the ECO Tour of Europe run with an average fuel consumption of just 2.69 liters of diesel per 100 kilometers, and is awarded the Innovation Prize.

Production starts in Rosario, Argentina; the latest version of the Corsa “B” is powered by Europe’s first three-cylinder, four-valve engine.

For the fourth time in succession, the Corsa heads the German market-share statistics in its segment with about 24 percent; it is third in the overall registration statistics.

The Corsa “World Cup”, with a market share of about 60 percent, comes with side airbags as standard.

Introduction of new ECOTEC engine generation reduces CO2 emissions from the Corsa model family by 37,000 metric tons and saves up to 15 million liters of fuel annually.

The latest Corsa generation is introduced; it has the longest wheelbase in its class and its drag coefficient of cD = 0.32 is also well below that of the previous model.

The latest Corsa C-based Combo models are launched.
For the seventh time in succession, the Corsa tops its market segment in Germany.
The fastest Corsa C is launched: the GSi, with a top speed of 204 km/h.
Opel Performance Center (OPC) develops the highly promising Corsa Super 1600 with a 215 hp engine for rallye sport.

Corsa ECO is only car to be awarded five stars in the ADAC/FIA “Eco Test”.
Corsa 1.2 finishes with lowest number of deficiencies in a 100,000 km endurance test organized by automotive magazine “auto motor und sport”.

Fourth-generation Corsa unveiled at British International Motor Show; was flown in suspended from a helicopter for its presentation in London.

Around 400,000 Corsa D models have been sold since its launch.
Corsa D is top-selling car overall in Greece and top-selling supermini in Germany in first half of 2007.

Corsa named Car of the Year 2007 and Best Supermini by renowned British consumer magazine ‘What Car?’.

At IAA 2007, Opel launches Corsa 1.3 CDTI ecoFLEX, which only produces 119 grams of CO2 per kilometer and consumes an average of just 4.5 liters of diesel per 100 kilometers.-GM Europe