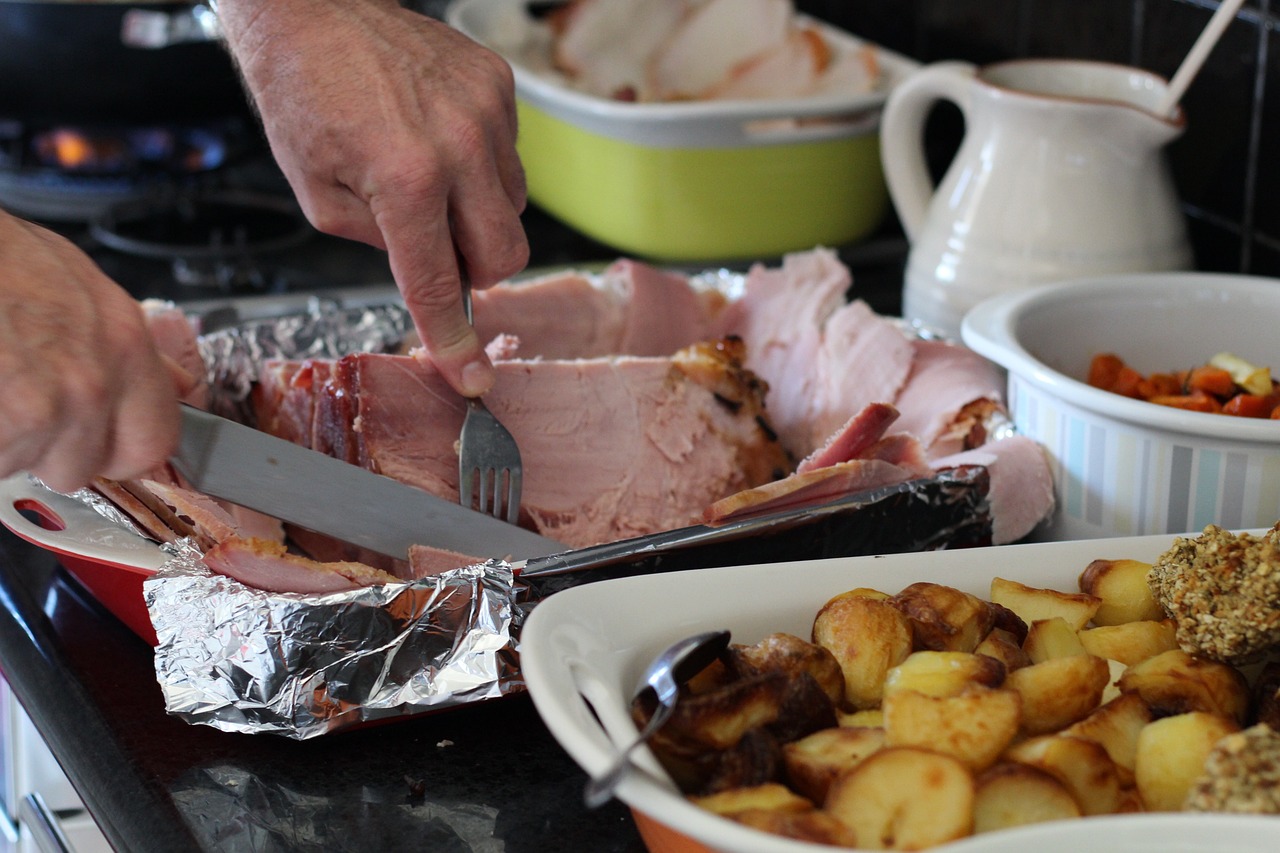 Food Network chef and cookbook author, Paula Deen makes one terrific Coca Cola Ham. Basted with Coke, brown sugar, and baked with Maraschino cherries and pineapple rings, this is one entree that belongs on the Christmas dinner menu.

Ever since Paula Deen signed on with the Food Network, she quickly became a favorite with home audiences. Her Cola-Basted Ham Recipe has been receiving more and more interest every holiday. Make Paula’s Christmas ham this year and you’ll see why.

The Queen Of Southern Cuisine

Paula is a true southern bell. She couldn’t hide her accent if she tried, and what with all the Y’alls and her infectious laugh, you can’t wait to try her down-home cookin’ – especially her Cola-Basted Ham.

The good folks at the Food Network, The Today Show at msnbc.com, and Smithfield Hams, have gotten together and brought Paula Deen’s famous Cola-Basted Ham to video.

Here, she and her husband, Michael Groover, the famous Southern chef’s husband, shows the Today Show’s cast and crew how-to make this delicious Christmas Ham. With just a few ingredients, it’s as easy as it can possibly be.

Fool-proof too. Watch the video that aired on the Today Show this past November at msnbc.com. Then, click on this link for Paula Deen’s delectable Cola-Basted Ham Recipe. Print it off and keep it for the next holiday.

If by any chance you’re having turkey this holiday season, make sure to read How To Deep Fry a Turkey, and also Brining a Turkey Like Alton Brown, Emeril and Cooking Light. Either way, Cola-Basted Ham or Deep Fried Turkey, they’re sure to be the star attractions at the holiday dinner table.